Kate Middleton Forces Prince William To Choose: Your Family Or Me! 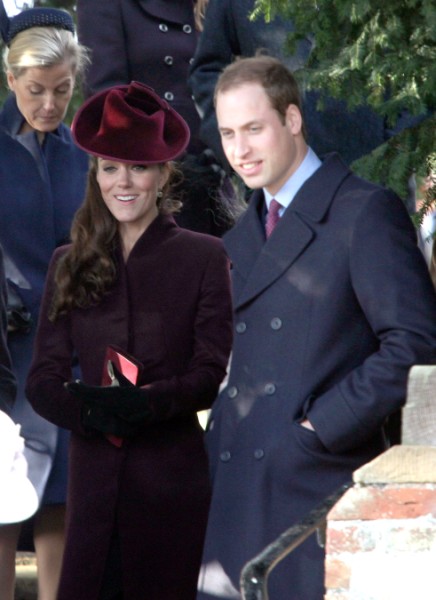 I totally called it. After days of wobbling back and forth it’s becoming more and more obvious that Kate Middleton is staying away from the royals at Christmas. Instead of joining her in-laws at Sandringham for the holidays as is tradition, she will hole up at the Middleton compound in Berkshire. Her people are saying it’s because she wants to be closer to her hospital in case her severe morning sickness flares again but it’s most likely to do with the fact that she doesn’t want to change out of her pajamas for dinner. Apparently there are a lot of costume changes at Sandringham.

“As things stand, Catherine and her family do not feel confident about her going to Norfolk,” a source told The Telegraph. “They would rather that she stays a quick drive away from hospital. William will probably go to Sandringham, but they are not sure whether he will go for Christmas Day or later in the holiday.”

Oooh Mama Carole’s putting her foot down. I wonder what Camilla thinks about that?

But what about poor Prince William? Is Kate putting him between a rock and a hard place? It’s like I’ve reported before, as far as I know, Sandringham is MANDATORY. There’s no getting out of it without pissing off the Queen. And last year was when Prince Philip was hospitalized so many are thinking this could be his last hurrah with the whole family. William should be there, right? But he should also probably spend time with his wife. What to do?! He probably wants to hang with the Pips and the Middletons just as much as Kate does but he can’t tell people that. He has to pretend he likes dressing up in suits to eat dinner with his aunts and uncles. But it’s tradition!

If William weasels his way out of this I’d be pissed if I were Countess Sophie. She’s married to Prince Edward and is a commoner as well. Don’t you think she wants to spend time with her family during the holidays? Oh, but this is William and Kate. They, apparently, do no wrong and can do whatever they want. But maybe William’s made a deal with them under the table. “Hey guys, you let me get away with this and I’ll promise you that we’ll abolish this horrible tradition once I’m king.” Ya, I’d play ball with that.

Do you think it’s fair if Kate Middleton forces Prince William to choose where to spend Christmas? Kate Middleton’s sick but can’t she be sick at Sandringham?