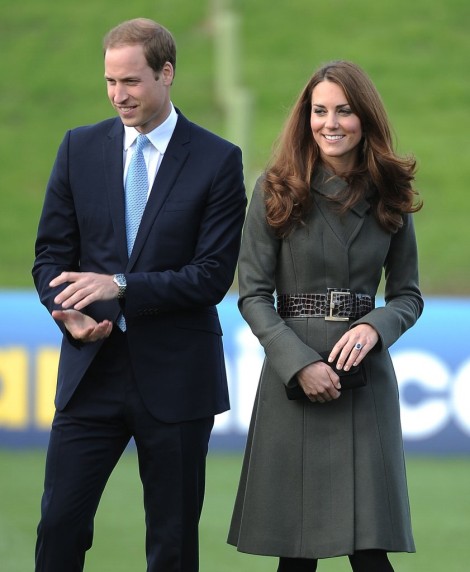 Kate Middleton gets compared to Princess Diana constantly but are her circumstances a better match for Sarah Ferguson? During her short marriage Fergie complained constantly about Prince Andrew’s endless absences for royal and navy duties. I even think he missed the birth of one of their girls. The couple eventually strayed and ended it because they were never together and Fergie liked other men to lick her toes. Is Kate Middleton afraid she’ll end up in Fergie’s boat? It’s rumored Prince William will quit the RAF this year but he’s now considering turning his attention to the Household Calvary. Should Kate be worried he’s not sending more of that attention her way?

“When they got hitched, Wills made a commitment to Kate that they’d be together no matter what happened.They also agreed to start a family next year,” a source told Now magazine. “If Wills stays with the RAF then Kate will essentially be living in the Palace alone. She won’t stand for him being away while she raises a baby. She has no intention of living on her own in London while he’s hundreds of miles from her in Wales.”

That was one of Diana’s beefs too. She said she felt so alone all the time while Charles navigated being Prince of Wales. Kate appears to be doing better or maybe she can just control her emotions more. I sense a selfish streak in William (he is a prince after all) but there’s been such a point about protecting Kate from suffering the same abuses as Diana that you have to assume he’s watching out for the abandonment/lonely issues as well. I have a hard time believing he would leave a pregnant Kate Middleton around his rather dysfunctional family while he goes off to play with horses so he can convince the world he has a job.

Kate and William appear to have a strong partnership – much more than Charles and Diana. Kate feels very much in the game as if she and William confided to each other long ago that this is the way they were going to play it and they were going to do it together. There’s too much hunger and calculation and control for me to think otherwise. So there’s no Fergie comparisons for me just yet. One doesn’t necessarily think of control when Sarah Ferguson is in the picture.

Do you think Prince William’s military career and ambition might drive the couple apart or is this all a part of the master plan?