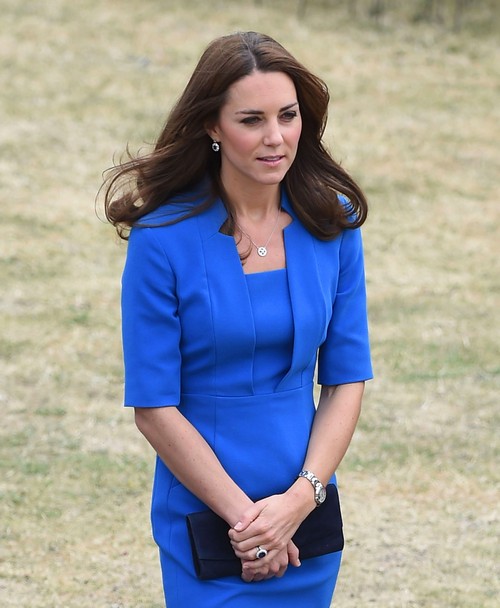 Is Kate Middleton pregnant or isn’t she pregnant? Regardless of false reports by ridiculous websites Kensington Palace has NOT commented on Kate Middelton’s second child pregnancy nor on a possible miscarriage. This question has been going round and round for the past couple of months, with contradictory answers being given by different sources. We’d initially heard that Kate and Prince William were definitely trying for their second baby this summer, and that much is confirmed. Whether they succeeded or not is up in the air. Kate’s friend [or ex-friend] Jessica Hay claimed that Kate was pregnant already, and the the royal family’s behavior would definitely support that theory.

We already know that Will is moving the whole family to Norfolk, and he, Kate, and Prince George are moving into Anmer Hall. Why move so far away after their Kensington Palace apartment just completed renovations? Well, so they can have privacy for Kate’s second pregnancy, of course. They don’t want to cause the same mess they caused the first time Kate was pregnant, and this way, she can gain weight and be pregnant in peace without having to worry about the media, the fans, or the paparazzi.

Now, a pregnant-looking Kate Middleton stepped out this week at the Tower of London for the Ceramic Poppy Field of Remembrance ceremony. Kate definitely looked pregnant, and in fact, she looked a lot like she did before her first pregnancy was announced: pale, bloated, and queasy. It’s quite possible that Kate is dealing with morning sickness with her second pregnancy, since we know that happened during her first pregnancy as well. It’s also possible that she’s still recovering from a miscarriage, which would explain why the palace and palace sources are staying mum on confirming or denying the rumors.

Usually, at this point, we’d have heard something from the palace. Either a yes, Kate is pregnant, or a no, ya’ll be crazy. But they’ve stayed uncharacteristically silent, so either they’re just biding their time before an official announcement, or as some sources say, Kate lost the baby in a miscarriage. I’m thinking it’s the first one, because I doubt Will and Kate would be making so many public appearances if Kate did have a miscarriage.