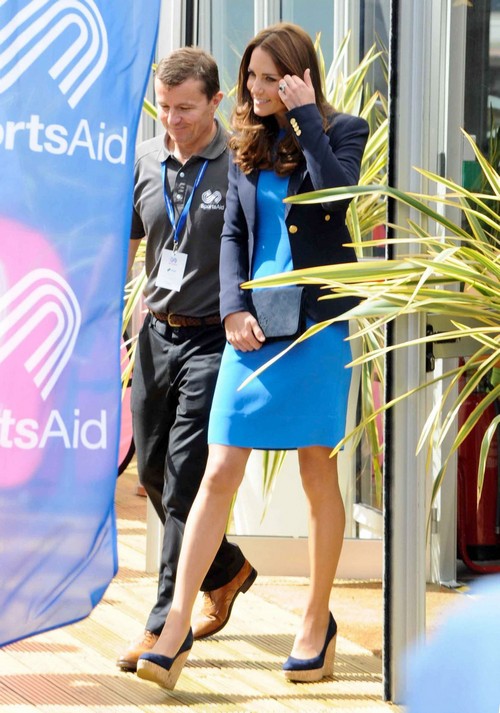 Prince William and possibly pregnant Kate Middleton spent a load of money to get their Kensington Palace apartment renovated, even though that money all came from Queen Elizabeth’s purse strings. But now, they’re reportedly planning to move to Anmer Hall so Will can become an ambulance pilot, a.k.a. so they can get some privacy and avoid the endless speculation and leaks on Kate’s second pregnancy.

It’s pretty obvious that Kate’s pregnant and unlike last time, it’s clear that the royals want their privacy this time around. Kate didn’t have the easiest pregnancy in the world with Prince George, but thanks to the press and the media, her health woes were broadcast all over the world. And not to mention, the tragedy with the nurse’s death probably scarred them from staying in London.

So now Kate and Will are essentially moving to Anmer, only using their Kensington Palace apartment as a temporary base. Since we have Kate’s weight gain and various confirmations from parties close to her, I think we can safely assume that Kate is pregnant with the spare, and that she and Will do not want to spend her second pregnancy in London. With George, it’s probably more difficult to just stay in-doors all the time, and yet, they can hardly keep the pregnancy a secret if they step out of their Kensington Palace apartment every weekend.

Cue their move to Anmer Hall. This way, everybody wins. Kate and Will get their privacy. Prince Charles gets to hog all the limelight in London to himself. Camilla Parker-Bowles no longer has to hide her disdain for Kate every time she goes to Kensington.