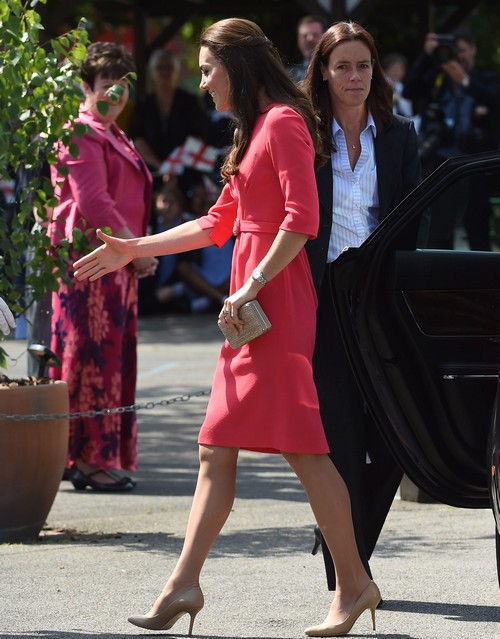 Kate Middleton and Prince William are working really, really hard, you guys. You see, the reason they can’t make that many public appearances right now [apart from Kate’s pregnancy, of course] is because they’re too busy ripping out £38,000 kitchens in Anmer Hall at Queen Elizabeth‘s Sandringham estate. We’re guessing that Kate and Will are getting ready to move out of London whenever Kate gets ‘officially’ pregnant with her second child.

See, Kate Middleton has to give birth to the ‘spare’. There are no ifs and buts about that, especially since Prince George is almost a full-fledged toddler. With one child becoming a toddler and another on the way, Will and Kate probably want to move out of Kensington and somewhere where they’re afforded a lot more privacy, i.e. Sandringham.

But that being said, ripping out a £38,000 kitchen and getting £500,000 worth of landscaping done is ridiculous. Only the royals would go for such extravagant renovations without even attempting to hide the pricetag. And what’s worse, the only reason they even did the renovations on the kitchen was because they wanted it to suit their tastes. Let me repeat that – Kate and Will ripped out tens of thousands of dollars worth of kitchen, all because they didn’t find the kitchen suitable. Fine, if they had paid for it on their own, it wouldn’t have been a big deal. But the renovations were reportedly paid from private funds belonging to the royal family a.k.a. Will asked the Queen for some spending money, and she gave it to him.

It’s royal privilege at its most egregious, especially when the rest of the country is struggling with finances. To tear down a perfect, 6-year old kitchen [and one that cost so much money] is not becoming of the future king nor his wife. But then again, Will and Kate are so used to not working and getting whatever they wanted that they probably didn’t think twice about getting this kind of renovation done. Goodness knows, 38,000 pounds is probably chump change to them.

Kate Middleton visits the Blessed Sacrament School on Boadicea Street in London, England on July 1, 2014. Kate is visiting the North London school as part of a project she launched last year that help families affected by addiction. The M-PACT project was set up to offer early support to school children affected by a parent’s drug or alcohol problem. Kate is expected to meet project coordinators and sit in on a counseling session during the visit.