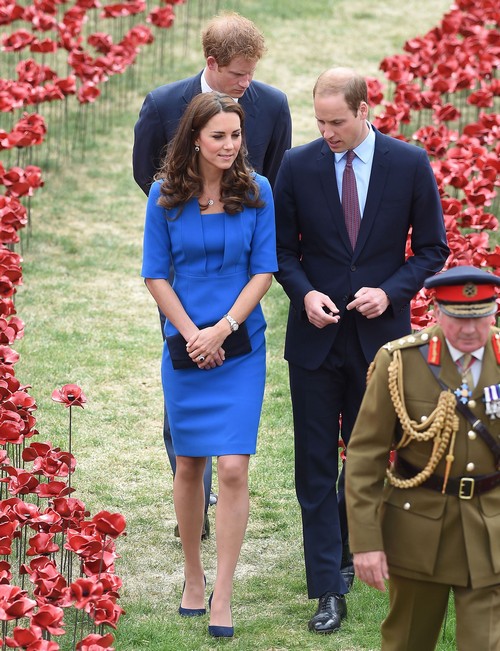 Is Kate Middleton pregnant or not? It’s beginning to feel like the rumors will never stop, at least until Kate and/or the royal press office actually confirms the news. Eventually, people will turn out to be right, but let’s examine all the evidence over the past few months and come to a conclusion ourselves.

First of all, we KNOW that Kate and Prince William are trying for the ‘spare’, by their own admittance. Will has said many times that he wants another kid, and their friends told Vanity Fair that Will and Kate were ‘trying’ over the summer. Well, guess what? The summer’s almost over, so that means they had a few months of ‘trying’. And since they managed to get pregnant with Prince George fairly quickly, I’m guessing that it won’t take that long for Kate to get pregnant with the spare either.

And then, we also had Kate’s friend Jessica Hay confirm to the tabloids that Kate was pregnant. Now, Jessica got a lot of credit for her claims because she was the one who confirmed it last time. But there’s also the fact that Jessica has basically been excommunicated from the royal circle, so how would she have known?

Plus, there’s the fact that Kate did appear bloated last month, but that bloat seems to have magically disappeared during her most recent public appearances. That means that either she had a miscarriage, or that she just gained and lost a bit of weight. I’m guessing it’s the weight thing, because she wouldn’t be making public appearances so quickly after such a devastating occurrence. Not to mention, the royals have already confirmed that Kate will be traveling to Italy for a wedding in September, and there’s no way she would be going to another country if she really was pregnant and in her first trimester – remember how bad her morning sickness got when she was initially pregnant with Prince George? You think her family would risk her health like that? Or more accurately, you think the royals would risk the health of the spare like that? Not a chance.

So in the end, we’re going with Kate NOT being pregnant – at least, for right now. Now, that can change at the drop of a hat, especially since we know that it’s on the agenda for Kate and Will.

Update: even though there are have been no rumors about Princess Kate Middleton having twins, some sites like to include such fiction. Here CDL can assure you of several things – 1) there has been no confirmation by the British Palace of any of the Kate rumors floating around the Interweb. 2) when Kate is officially pregnant, CDL will let you know. 3) The Palace typically waits until a royal passes the 3-month mark in her pregnancy before making an announcement.