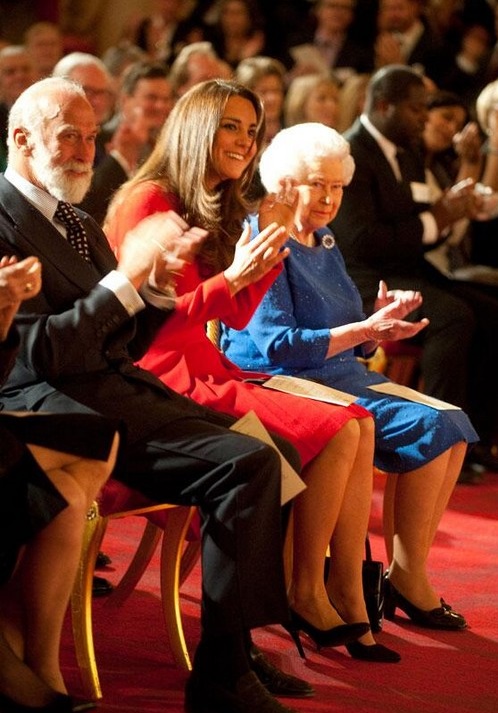 It seems like every time that Camilla Parker-Bowles takes a step that gets her an inch closer to the throne Queen Elizabeth manages to orchestrate something that pushes her back again. Camilla had recently bullied Prince Charles into fighting for the throne that is his birthright. He was fairly content to watch Elizabeth purposely name Prince William as the next king of England, until his Camilla lost her mind. Camilla threatened to not only divorce Charles but to also share all of his dirtiest secrets with the press if he doesn’t step up and take charge.

Apparently Elizabeth really does have her son’s back because every time that Camilla bullies him she makes sure that she takes some sort of hit. According to the March 3rd print edition of GLOBE magazine just as Cami was feeling confidant that her plan was going to work her nemesis, Kate Middleton turned up at a royal appearance wearing jewels from The Queen’s exclusive collection. Elizabeth decided to allow Kate to wear several of her necklaces and tiaras in exchange for embracing a more conservative style.

Camilla saw photos of Kate in the mesmerizing necklace and lost her mind because she strongly feels that it doesn’t belong on the neck of a commoner such as the duchess. Obviously Queen Elizabeth’s opinion is the only one that really carries any weight here and she thinks that Kate is the perfect woman to wear the family heirlooms. Camilla no doubt also views this as a clue the Elizabeth is still favoring Kate and William for the throne.

How far do you think that Camilla will ultimately go to ruin the royal family if she doesn’t get her way and find herself seated on the throne? Tell us your thoughts in the comments below!