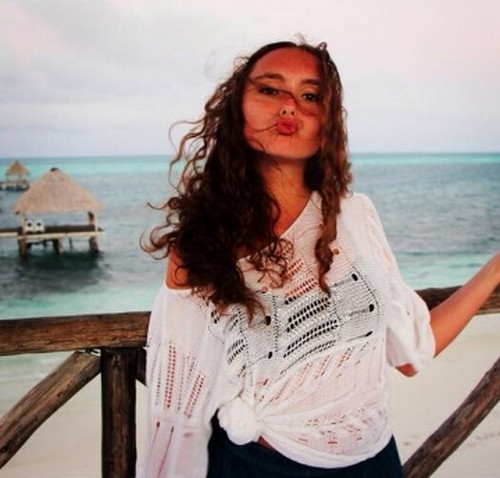 It is nearly impossible to keep track of the women in Justin Bieber’s life. Between urban model Chantel Jeffries, the never-ending Selena Gomez Saga, the countless strippers, the mysterious “Kristina” girl that Selena accused Biebs of cheating on her with, the new allegations that he slept with Miley Cyrus, and basically every other girl with a pulse in California, it is safe to say Justin Bieber gets around. Fortunately for us, one of Justin’s rumored girlfriends has crossed her name off his list, so there is one less girl for us (and Justin) to try and keep track of.

Over the weekend several websites reported that Justin Bieber was dating up-and-coming singer Katherine Gazda. Katherine took to Twitter to slam those rumors though, not only is the star NOT hooking up with Justin Bieber, she has never even met him! On Sunday Katherine tweeted,

“Please don’t believe everything you read! I’m a Belieber and it’s an honour to have my name next o Justin Bieber, but it’s all a lie. I never even met him!! Shame on who made it up!!”

The young singer wasn’t even entertaining the idea that she was hooking up with Justin Bieber. So, if the rumors about Katherine Gazda and Justin Bieber is true, Katherine is too ashamed and embarrassed to admit it. Who can blame her? Or, maybe she was just scared of getting jumped by Chantel Jeffries.

Ironically, today Katherine deleted her tweets denying her relationship with Justin Bieber, and invited him to her birthday party via Twitter,