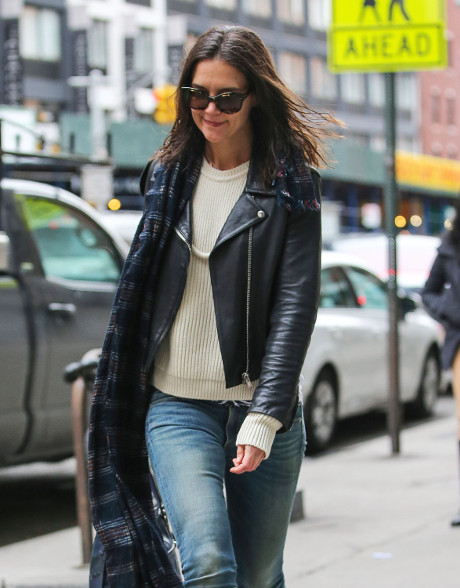 Is Katie Holmes really dating Jason Segel? According to the latest edition of Star, which reports the couple is “getting close,” they are! And the report gets even juicier. A supposed pal of Katie’s tells the magazine that Katie’s falling head over heels and is “so smitten that she thinks he may be The One.” Um, wow. These are some pretty lofty claims and, while we’d love to believe them, part of our celeb-loving soul just can’t get on board with this pairing.

Chances are this story is just another spec piece, but we have to ask you this question now: Is Katie, Tom Cruise’s ex, dating Jason Segel? If you need more “evidence,” well, Star‘s got it: The friend claims that Jason’s “already bonded with Katie’s 8-year-old daughter, Suri,” and says the actor is “considering relocating from L.A. to New York to be closer to Katie.”

Sounds like there’s already some commitment being exchanged! Again, we’re not sure how true this speculative relationship is and, while it might just all be heavily grounded in rumor, there could also be some truth to it. In 2011, Katie appeared in a guest role on Segal’s show How I Met Your Mother, which recently aired its series finale episode (containing a conclusion to the popular show that left an unsavory taste in many people’s mouths).

Are Katie and Jason reigniting a flame that sparked when she worked on set? Leave your thoughts in the comments section below; also let us know why you think Katie’s struggling to find herself a new man!