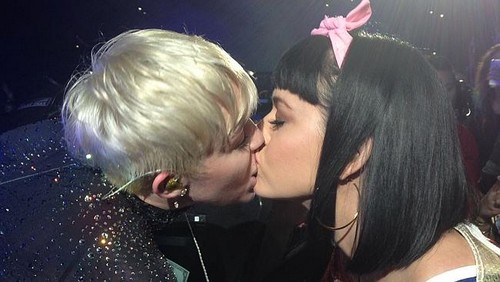 Katy Perry and John Mayer may have shared a lovely Valentine’s Day dinner a week and a half ago but in the days that followed it sounds like something went pretty wrong. The duo has dated on and off since 2012 with those “off” points coming when Katy has busted John cheating. They reconciled last March and made it almost a year before the relationship imploded again. According to E! the split came in the last few days and that Katy has since returned to LA.

She hasn’t tweeted anything cluing fans in to the status of her love life and John has kept his lips completely zipped for days. Ironically, just last week Katy was spotted wearing what appeared to be an engagement ring on the appropriate finger sparking rumors that the couple was about to make it truly official. Instead they’ve done just the opposite.

I guess the million dollar question is whether or not the obvious is at the root of their problems. Do you think that John got caught cheating once again? I mean, it’s almost expected with this guy, right? I think several of his former girl friends warned Katy about his ability to morph into exactly the man that you need while playing all the while on the side. Did she really think that their relationship was going to be different from all of the others and that she would somehow change him? Instead it looks like she has suffered the same fate, right? Tell us your thoughts in the comments below!