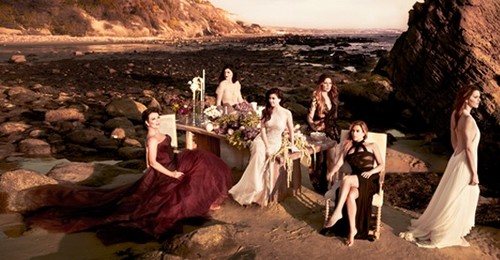 Keeping Up With The Kardashians continues tonight with a new episode called, “And All That Jazzzzzzz.”  On tonight’s episode Khloé considers becoming roommates with Rob; Kris takes singing and dancing lessons in pursuit of her dreams of Broadway; and Kourtney decides to sneak off to Las Vegas to catch Scott in a lie.  Did you watch last night’s first night of the season 9 premiere?  We did and we recapped it right here for you.

On last week’s episode Khloé found an interview containing negative comments about her family hurtful; Kris got Kim’s pal Jonathan to sneak away with her to Sonoma; and Scott took up karate to satisfy his couples therapy homework.

On tonight’s show Khloé doesn’t feel comfortable in her house so Rob invites her to move in with him. Kris gets bitten by the Broadway bug and starts taking singing & dancing lessons and Kourtney sneaks to Las Vegas to catch Scott in a lie.

On tonight’s Keeping Up With the Kardashians, Kris and the girls go out for dinner. The dessert they share is a favorite of Lamar’s, which makes everyone a little sad. Kourtney invites Khloe, who is basically living out of her car, to come stay with her while Scott is out of town for two weeks. Khloe says thanks but no thanks. Later, Khloe and Rob go on a group run. Rob says he wants to have a positive year and get back in shape.

Kris goes to New York for work, and while she’s there, she and Jonathan go to see Chicago on Broadway. After the show, Kris and Jonathan go backstage to meet the cast and take pictures for Instagram. Meanwhile, back in California, Rob and Khloe are hanging out at Rob’s condo. Rob asks Khloe how she likes staying at Kris’ house along with Kim, Kanye, the baby, and Kendall and Kylie. Khloe admits that it can be stressful, Rob offers her a room to crash at his place, but much like with Kourtney, she declines the offer. In New York, Kris and Jonathan go out to eat with a few cast members from Chicago. Kris says that she would like to pursue a career on Broadway. Jonathan tells her that she can stay at his place while she pursues her new dream.

In California, Khloe, Kourtney, and Scott look for homes for Khloe to rent. They look at a house that is for lease temporarily, but Khloe doesn’t like the idea of living in someone else’s home. Kourtney suggests a hotel, but Khloe isn’t crazy about that idea, either. Later, Khloe visits Rob again, this time considering Rob’s offer for her to stay with him. She decides to move in.

Kris returns to California, with her dreams of performing on Broadway still on her mind. She decides to hire a vocal coach, one of the best in the business. He tells her she has talent, and that she is catching on very quickly. Later, Kourtney asks Scott about a rumor she heard that he was on a billboard advertising a party at a strip club in Las Vegas. He denies the rumor, but she isn’t sure she believes him, and vows to get to the bottom of things. At Rob’s condo, Rob is having a hard time adjusting to Khloe’s “personal touches” to the condo. She makes him dinner which includes homemade macaroni and cheese, and he is upset because he is trying to lose weight.

Later, Scott and Kourtney have some friends, who are in from New York, over for a visit. Kourtney makes plans with Nicole to go shopping, but secretly, she and Nicole are planning on spying on Scott and Chris. The two men won’t admit they are doing this appearance in Vegas, so the women plan to catch them red-handed. Kris goes to see a choreographer to learn how to dance for Broadway. Rob meets with Adam and Ryan Goldston to discuss a possible collaboration with their companies(Rob has a sock company, the Goldston brothers own a shoe company). After they discuss business, Rob admits to the brothers that he is having trouble adjusting to Khloe staying at his condo.

At Kris’ house later, Kris tells Kim and Jonathan that she has been taking voice and dance lessons so that she can audition for Broadway. Jonathan is surprised that Kris is taking these measures, because he thought she was joking about the whole thing. Then, she decides to sing them a tune from Chicago. It doesn’t go well, and Kim laughs at her, which hurts Kris’ feelings. She tells them she’s getting back to work, and asks them not to laugh at her anymore, because it’s a buzzkill. Later, Nicole and Kourtney depart for their secret trip to Vegas. When they get to Vegas, Kourtney checks in with Scott, pretending they are own their shopping trip. Meanwhile, the women arrive at the party. It doesn’t take them long to find Scott and Chris, who are very caught off guard. Scott says he thinks Kourtney may have a tracking device on him. Bruce comes over to visit Kris, who shares with him that she wants to audition for Broadway. Bruce tries not to laugh, while she shares her plan. She tells him about singing for Kim and Jonathan, and how they reacted. He tells her not to worry about them, and to keep pursuing her dream. Later, at Scott and Kourtney’s, Kourtney asks Scott why he lied to her about the Vegas party. He said that he lied because he didn’t feel like explaining why he needed to do the party. Kourtney tells Scott that he can’t outsmart her, he suggests putting a monitor on him.

At Rob’s condo, Rob and the Goldston brothers comes home to find Khloe having a slumber party with Kourtney and Kylie. Rob is mad at the girls for having fun because he needs to use the condo to have a meeting wit the Goldstons. He tells Khloe that they need to get out, Khloe reminds him that she’s living there. Much later, Kris practices with her choreographer and vocal coach for her audition for Chicago. She’s having trouble keeping it together at practice, and she’s starting to doubt herself. Kris keeps having trouble on the same note, and her choreographer tells her that if she starts to doubt herself during her performance, it will read all over her. Rob comes to DASH to see Khloe. He wants to ask her to move out of his condo. Khloe is sad that Rob wants her to move out, but understands that he wants to be independent and get his life in order. She decides it’s time to move back home. Later, Kris calls Kathie Lee Gifford to tell her that she wants to audition for Broadway. Kathie asks her is she has any idea what she’s getting in to. Kathie Lee advises Kris that her busy schedule would interfere with performing on Broadway, which takes quite a bit of dedication. Kris decides to give up her Broadway dream.

Khloe shares with her sisters during a photo shoot that she’s staying at home again. Khloe tells them that Lamar wants her to try to keep the lease on the downtown loft they have. Kourtney and Kim ask Khloe if she’s ready to sell her house. She’s not, but says that she has to. Khloe says she also needs time to do that, but doesn’t really have time due to all of her obligations. Kim tells Khloe that whenever her home with Kanye is ready, Khloe can move in with them. Later, Khloe arrives at her home, which feels very strange for her, because Lamar’s not there. She shares that though she wishes she could erase all of the bad things that have happened with Lamar, she can’t do that.