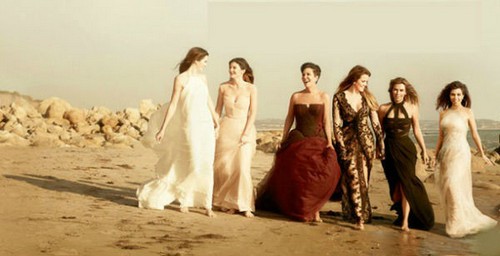 Keeping Up With The Kardashians returns with its 9th season and the second night of its premiere, tonight’s episode is called, “Loving & Letting Go.”  On tonight’s episode Scott takes up karate to satisfy his couples therapy homework.  Did you watch last night’s first night of the season 9 premiere?  We did and we recapped it right here for you.

On last night’s night 1 of the premiere Khloé continued to go through a difficult time in her marriage, and little brother Rob offered sage advice.  Kim and Khloé brought on the blonde, and Kourtney confirmed it’s time they all bring sexy back.

On tonight’s episode Khloé finds an interview containing negative comments about her family hurtful; Kris gets Kim’s pal Jonathan to sneak away with her to Sonoma; and Scott takes up karate to satisfy his couples therapy homework.

Problems mount for Khloe as an interview comes out painting Khloe and her family in a negative light. The interview, given by Lamar’s father, trashes Khloe and her family, which upsets everyone, especially Khloe. Khloe is with Kourtney when Lamar calls Khloe and apologizes to her for his father’s words. Khloe believes Lamar is trying to get better and wants to mend their marriage. Still, her family is growing increasingly concerned for Khloe. Rob give Khloe advice, basically telling her that Lamar’s problems are too big for her to handle and she needs to really consider what she wants for her future. Kourtney and Scott visit their therapist who gives Scott some homework to do-he has to start taking karate classes. Scott agrees, claiming he’ll be a black belt in no time. However, Scott’s first class proves that “no time” may actually mean “never” because, well, he kind of sucks at it. Still, when Scott see Kourtney after his class, he fibs and tells her that he’s already a brown belt-which is a step away from becoming a black belt. Kourtney is impressed that Scott is doing so well so quickly. She’s also a little suspicious, but then, she’s always suspicious of Scott.

Meanwhile, Kris convinces Kim’s best friend, Jonathan, to go on a short visit to Sonoma, California with her. Kim gets a little jealous, but must admit that she hasn’t been spending much time with Jonathan lately. She’s been super busy taking care of Norrie and getting engaged to Kanye. So, Jonathan and Kris head up to wine country. Kris is feeling guilty over taking the trip because she’s not just getting away for a weekend at a spa. She’s going to visit a new friend that her family may not approve of. Nevertheless, Kris and Jonathan do actually go to a spa where they have a great time getting massages together. Then, the two meet Ben Flajnik for a visit and a glass of wine. They agree that adding ice to wine is a very “trailer-park” thing to do. Elsewhere, Kim and a friend go out to eat with Kourtney and Scott. Lamar calls Kim while they are at dinner to talk about the rumors going around. He swears he has never said anything negative about her family, and she tells him she believes him and that her family would never say anything negative about him. Kim, Kourtney, and Scott discuss the phone call and Khloe’s situation with Lamar. Again, they all agree that Khloe’s best interests are what’s important, but they also care about Lamar and want to see him get his life straightened out.

Jonathan and Kris go on a bike ride, then a picnic with Ben in Sonoma. Kris says she feels a little guilty for coming to see Ben and has to get back to the family. Meanwhile, Scott and Mason meet with a karate instructor because Scott wants to “get good at this karate thing really fast.” But the instructor is not so willing to do shortcuts. Kourtney shows up to the practice, she wants Scott to show her his moves. Scott has told Kourtney that he’s a brown belt, but his moves prove otherwise. The instructor tells Scott he hasn’t earned the brown belt yet and that he’s just a white belt. Kourtney is upset that Scott hasn’t followed through with his therapy assignment. Back at their house, Scott practices his karate moves out back. Kourtney appears to make fun of Scott’s “moves.”

Khloe does find a reason to laugh as she tries to help Kendall wash blue hair dye out of her hair. Kendall tries to do a selfie hair job, and, needless to say, it doesn’t exactly come out the way she planned. Luckily big sister Khloe is around to help Kendall out. The situation becomes even more comical when Khloe tries to rinse the dye out of Kendall’s hair in the kitchen sink. Khloe proves she’s not exactly cut out for the hair business and ends up soaking Kendall. As I said, though, the incident gave Khloe cause for a good laugh, which is nice to see after all the heavy drama she’s dealing with with Lamar and the paparazzi. By the end of the episode, Khloe’s still very torn on what to do about Lamar and their marriage. Kris and Jonathan also return from Sonoma, and Kris shares that, while she had a good time with Jonathan and Ben Flajnik, she’s happy to be back home with her family.