Keeping Up With The Kardashians Live Recap 2/9/14: Season 9 Episode 4 “A Surprise Engagement Part 1” 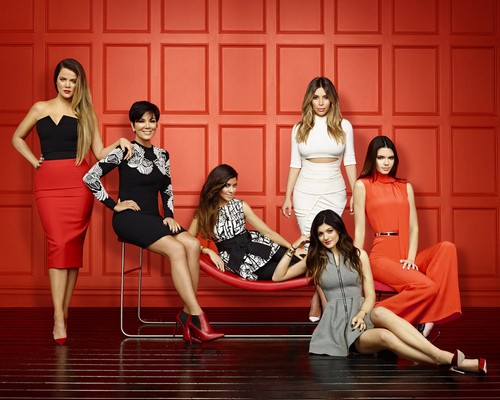 Keeping Up With The Kardashians continues tonight with a new episode called, “A Surprise Engagement Part 1.”  On tonight’s episode Kanye tells the family that he has a surprise for Kim’s birthday. Kris is freaking out when she gets word that Kim’s house won’t be ready.  Did you watch last night’s first night of the season 9 premiere?  We did and we recapped it right here for you.

On last week’s episode Khloé didn’t feel comfortable in her house so Rob invited her to move in with him. Kris got bitten by the Broadway bug and started taking singing & dancing lessons and Kourtney snuck to Las Vegas to catch Scott in a lie.

On tonight’s episode the family hears about a surprise Kanye is planning for Kim’s birthday. Kris goes into panic mode when she learns Kim’s house is delayed and Kourtney & Khloé plot revenge on judgmental Kim.

Tonight’s episode of Keeping Up With The Kardashians opens with Kim telling her friend Jonathan about how much she “enjoys being a stay at home Mom.” She goes on to show Jonathan baby North’s passport, because every infant should have her own passport.

Kim pays her sister Kourtney a visit at her and Scott’s house. Kim is telling Kourtney about how fabulous her new house is going to be, and simultaneously slamming Kourtney’s choice of wallpaper. Kourtney think that Kim is too judgmental and hormonal, she is tired of her picking on everybody.

Khloe calls Lamar, and he tells her that he is headed to the East Coast. Khloe thinks that since they are still technically married Lamar should tell her whenever he is planning on leaving town. Kourtney and Khloe head out to look at office spaces for Dash. They go to their Mom’s house to meet with their real estate agent and Kim.

Kris is going insane sharing her house with Kim, Kendall follows her out to the garage to give her a pep talk. Kendall reminds Kris that it was her idea for Kim and Kanye to move in. Kris is overwhelmed because Kim has taken over her house, her driveway, and her pantry.

Kourtney wants Khloe to meet with a therapist, to talk about his issues with Lamar, and her upcoming divorce. Meanwhile Kim is busy obsessing over the tiny hole between Khloe’s teeth.

Khloe, Kourtney, Scott, Kendall, and Mason head out to dinner at a steak house to gossip about how much Kim is driving them insane. They are sick of her knit-picking everything they do because she is going stir-crazy. They decide from now on her name is “Fancy Nancy.”

Bruce pays Kris a visit at the house, he is looking for his old phone. He is throwing another “Bruce” party and he needs the numbers out of his old phones so he can invite all the guys he knows named Bruce.

Kourtney, Khloe, and Kim are in North’s nursery looking at her clothes. Kourtney and Khloe begin going on and on about “how annoying Nancy is.” Kim is going insane because she can’t figure out who Nancy is.

The next day Kim has a repair man over to Kris’s house. She wants the handle fixed on a door, and wants the paint repaired above the knob. Kris is not impressed, she doesn’t think there is anything wrong with her house. Kris asks how much longer Kim she will be staying with her, and Kim drops a bomb, she isn’t leaving for another 8 months.

Khloe, Kourtney, Kendall, and Kyle are playing dress-up at the Jenner House, Kim has finally realized that she is Nancy. Kim’s feelings are hurt, she is annoyed that every single one of her sisters are ganging up against her and making fun of her.

Kris is on a mission, she drags Khloe to Kim and Kanye’s house, or half a house. Kris wants to speed up the construction, but when she arrives she realizes that they are in way over their heads. The house doesn’t even have windows or walls, the odds of it being done in even eight months are slim.

Kris heads home and Kim is less than happy with her, her contractor called her and told her that her Mom visited. Kim threatens to move out of Kris’s house, first her sister ganged up on her and now her Mom is trying to get rid of her. Kris doesn’t want her to move out, she just wants her to understand that it is her house and Kim needs to lay off. Kim feels bad, she decides that they should establish some boundaries so that they can live in harmony together.

Kris receives a phone call, Kanye is throwing a surprise birthday party for Kim after his concert in San Francisco. Kanye won’t tell Kris where the party is going to be, he just wants Kris to make sure she gets the whole family to San Francisco. Kris calls Khloe and fills her in on the surprise party.

Kim pays Kourtney a visit at her house, and apologizes to her for being so judgmental lately. Kourtney apologizes for the Nancy thing, she knows how hard it is to be a first time Mom. And, she understands how Kim is feeling.

The next day Kourtney and Khloe are making sure that all of Kim’s close friends and invited to San Francisco, and Kim walks in and overhears them talking about her surprise…