Keeping Up With The Kardashians LIVE Recap: Season 9 Episode 9 “Color Me Lonely”

BY Amanda Austin on June 15, 2014 | Comments: one comment
Related : Keeping Up With The Kardashians, Reality TV, Recap, Television 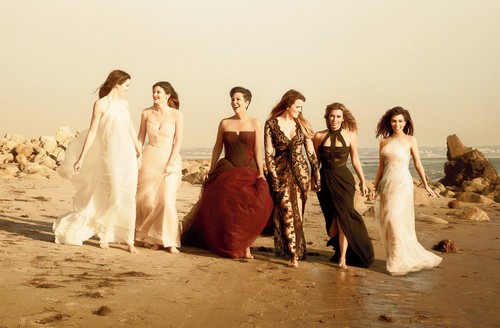 Keeping Up With The Kardashians continues tonight with a new episode called, “Color Me Lonely.” On tonight’s episode, Kris goes overboard trying to make sure Bruce isn’t lonely; Scott and Kourtney inherit a painting.

On the last episode the family felt worried about Kourtney’s lack of emotion lately, making them try to figure out what’s wrong with her; Khloé was feeling unsure about accepting the offer on her house and Kris tried to prove to Kim that she’s still got it. Did you watch last week’s episode?  If you missed it we have a full and detailed recap, right here for you.

On tonight’s episode Kris begins to feel worried that Bruce may be lonely and goes a little overboard trying to prevent this one sided thought, meanwhile Scott and Kourtney inherit a painting.

RECAP: Tonight’s episode of Keeping Up With The Kardashians kicks off with Khloe playing with Penelope, she is trying to bribe her to say her name with frozen yogurt. Later Kourtney and Khloe have a hair stylist over for Bruce to get his hair cut. Kris is pressuring him to chop off his ponytail, but he decides to just get a trim. Kris shows up to get her hair highlighted and begins lecturing Bruce about his hair cut, he snaps at her and tells her to leave him alone.

Later Kourtney fills Khloe in on her “lottery ticket.” After Scott’s parents died Kourtney was cleaning out their house and found a painting, and she is certain that it is worth hundreds of millions of dollars. She jokes that she is going to buy Khloe a private plane, Scott yells at them and tells them they’re being ridiculous and the painting is a fake, there is no way his parent had a painting that valuable laying around their house.

Kris comes home and finds Bruce sitting in her kitchen eating a sandwich. He says that he came over to see Kylie, but she ditched him again. She wants to know why he is eating someone’s sandwich out of her refrigerator and he confesses that he hadn’t eaten yet today. She lectures him about taking care of himself and not eating enough. Later Kris pops up at his house in Malibu with groceries because she thinks he isn’t eating and taking care of himself. Bruce is annoyed that he moved out and Kris is still breathing down his back.

The next day Kylie and Kris head to Yoga and decide to invite Bruce to go with them. Bruce reluctantly agrees to go to Yoga with them after Kris points out that golfers do Yoga for strength training. They arrive at Yoga class, and Bruce isn’t a fan. He won’t stop talking and showing his knee surgery scars to the people around him. Bruce ditches Yoga and Kylie and Kris to that he can make his tee time. Kris is annoyed he is leaving and is afraid he is drifting away from Kylie just like he did with his boys.

The painting that Kourtney mailed to her house form Scott’s parent’s house finally arrives. Their cousin Cici looks at the painting and is convinced that it is worth millions of dollars just like Kourtney says. Scott still isn’t convinced, he doesn’t want to be let down if the painting is a fake.

Bruce, Kris, Kylie, and her friend Anastasia go rock-climbing together. Kris takes Kylie aside and lectures her about stealing clothes out of her closet. Kylie is annoyed and storms out and leaves, Bruce is furious that he drove all the way there to spend the day with her and she left without even saying good-bye.

Kris drags Bruce, Kylie, Kim, Kourtney, and Khloe to a “wellness cooking class.” The nutritionist arrives, and Bruce grumbles that he should be at the golf course. They head in to the kitchen and they each begin preparing their own dish. When they are done, they all sit down to eat together. Kim is grossed out when she finds a piece of Bruce’s hair in her fish. Afterwards Bruce takes Kris aside and tells her that the reason he moved out to Malibu was because Kris was too overbearing, and he doesn’t need her negativity in her life. He reassures her that he doesn’t need her to teach him how to cook for himself or buy him groceries.

The appraiser shows up at Kourtney and Scott’s house and Scott prepares for Kourtney to have her dreams crushed. They are both shocked when the appraiser reveals that he thinks the painting is real. He advises them to pay the money at an auction house to have official tests done to see if the painting is legit.

Kourtney finds Scott looking at carpet samples for his new jet and yacht that he plans to buy when they sell their painting. Kourtney begins freaking out because Scott is taking it way too seriously and they haven’t gotten the official test results from the auction house.

Kylie heads to the beach where Bruce is paddle-boarding, and surprises him with a sandwich. He is happy that Kris has finally given Kylie and him space to hang out on their own.