Keeping Up With The Kardashians Recap 6/29/14: Season 9 Episode 11 “The Vienna Incidents”

BY Amanda Austin on June 29, 2014 | Comments: one comment
Related : Keeping Up With The Kardashians, Reality TV, Recap, Television 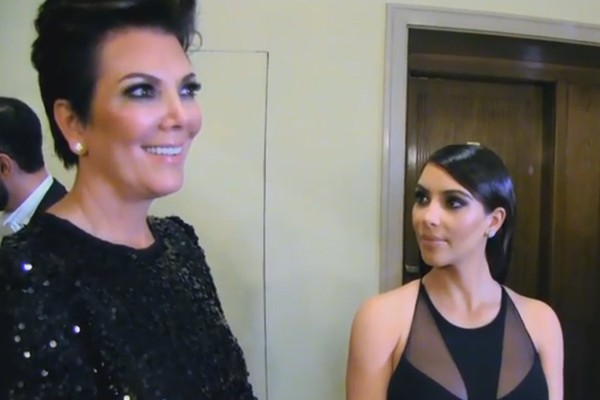 Keeping Up With The Kardashians continues tonight with a new episode called, “The Vienna Incidents.” On tonight’s episode, Kim and Kris are shocked by racist comments during a trip to Vienna; and Kourtney looks for reasons to delay the move into her new home.

On the last episode Khloé hit a sudden realization that she had been acting a bit weird and must reconsider her attitude; Kendall was believed to lack an important quality that women her age should have and that was responsibility; Scott once again got himself a new vehicle. Did you watch the last episode? If you missed it, we recapped it all right here for you.

On tonight’s episode Kim and Kris encounter some shocking racist remarks on a trip to Vienna, meanwhile Kourtney has second thoughts about moving into her new home and decides to find reasons to delay the move.

RECAP: Tonight’s episode of Keeping Up With The Kardashians kicks off at Kourtney and Scott’s house, Kim is playing referee between Penelope and Mason. Kim invites Penelope and Mason to ride in a carriage down the aisle at her wedding with Kanye. She wants them to hold North in their carriage and make sure that she doesn’t fall out.

Later Kim, Kourtney, and Khloe sit down and discuss the wedding. Kim reveals she still has no idea where the wedding is going to be held. They are trying to decide between a chateau and a Parisian castle. Kim reveals to them that she is travelling to Vienna with Kris and North so that she can host the Vienna Ball, a black and white charity event.

At Kris’s house, Kim and Kourtney are looking at pictures for her blog and discussing the latest thing that TMZ wrote about them. Kourtney is in the process of interviewing assistants, since her assistant quit, and trying to organize her big move in to her new house.

Kourtney heads to her new house with Scott and Khloe, Kourtney is supposed to be moving stuff in to the house but she says she is “too overwhelmed.” She has no idea when they are getting furniture or how she is going to decorate the house.

Kris and Kim begin packing for their trip to Vienna. Kim catches her packing colorful lingerie, and Kris says “you never know.” They finally arrive in Vienna and check in to the Grand Hotel Wien. Kris unpacks her suitcase and realize that someone went through her suitcase and stole half of her stuff. They stole her Chanel purse and shoes, and two pairs of sunglasses, and her make-up cases. She says it’s not about the money or the stuff, she just feels violated.

Later Kim and Kris head out to bar for some wine. Kris begins pounding wine, and Kim orders her some comfort food to cheer her up. Back in LA, Scott and Khloe find a rat in Kourtney’s brand new house. Scott attempts to suck it up with the vacuum cleaner but is unsuccessful.

In Vienna Kim is annoyed because she reads online that there is an autograph signing at 2:00 PM. They head to the press conference and she does a walk through at the mall where she was supposed to be signing autographs, and is obviously irritated that they keep springing events on her when she only came for the ball.

Back home Scott is trying to light a fire under Kourtney and get her to start moving in to their new house. Kourtney refuses to sit down and eat with him because there are rats in their new house. She finds more rat droppings, and storms out.

In Vienna Kris and Kim are trying to get ready for the ball. The entrepreneur that invited them marches in and reveals they only five minutes to put their dresses on because they are closing the red carpet for the president. Kris and Kim rush to get ready and jump in the car to leave.

Kourtney finds another rat at their new house while they are moving some of their stuff in. She announces to Scott that she is moving back to her old house. Scott is getting sick of Kourtney finding every reason possible to not move in to their new house.

Kris and Kim finally arrive at the Vienna Ball, and Kim is overwhelmed by the huge crowd and mayhem. A man runs up to Kim with Black Face and starts telling her that his name is Kanye and following her around. Kim and Kris are offended by how ignorant the guy is, and they are confused how someone got in to the event with his face painted black. Kim and Kris participate in the live interview they promised, and one of the interviewers says the “N” word to Kim and laughs it off. Kim and Kris are in complete shock.

Kim and Kris are done, they want to “get the hell out of Vienna.” They head back to the hotel, and the entrepreneur that invited them tries to smooth over everything that has happened. Kris lays into him about the guy in Black Face.

The next day Kris and Kim head home and finally arrive at the Jenner House. They fill Khloe in on everything that happened in Vienna. Apparently on the plane a woman went crazy and started screaming at them to “shut the black baby up.” Then she started screaming about how Kim only likes black guys, and she made a sex tape with a black guy. Kim thinks that now she understands what Kanye is talking about when he discusses racism at concerts, because now she has experienced it.

Bruce pays Kourtney and Scott a visit at their new house, Kourtney reveals she is going to sleep in her new house tonight. She had the exterminator come in and do a sweep for rats. And, she has no choice but to leave her old house now because she has sold it and the new owners want her out.

At Kim’s house she decides to write a blog about all of the crazy things that happened in Vienna, and how she feels about racism. She reads what she has so far to Kris and Kourtney, and says that she feels a responsibility to make sure no children should grow up in a world filled with discrimination. Kris tells her to post it and thinks she has an amazing way of looking at the world.