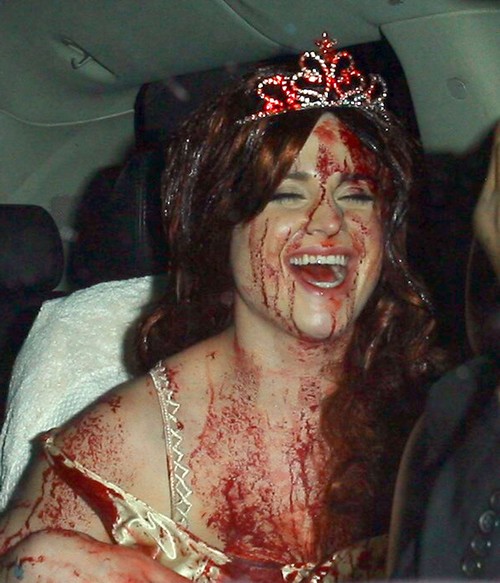 Joan Rivers has been heckled an awful lot during her 55 year career and the self-proclaimed “Queen of Comedy” doesn’t usually seem to be too fazed by it. I guess it simply goes with the territory right and there’s always that one drunk ass clown in the audience that has to make some remarks here and there. On the night of Jan. 17th at the Saban Theater in Los Angeles that drunk was Kelly Osbourne, Joan’s co host on E!’s Fashion Police!

According to those in attendance Kelly’s presence first became known when Joan suggested people in the back of the theater move closer to fill in the empty seats. At that point Kelly and a friend got up from the back and went running down from the back row. When Joan saw her she told Kelly that no one that she knew could be in the front row, so she and her friend moved a few rows back. As Joan’s jokes began to flow Kelly started yelling out obnoxious remarks, heckling the legendary comic.

Those in the audience claim that Kelly was spotted at the bar several times and was clearly acting very drunk. After the show ended she was also spotted banging on the door to get backstage and throwing a fit when no one would open it. Kelly has already admitted to 7 trips to rehab. It sounds like she might be preparing for visit number 8, don’t you think? Is her busted engagement with Matthew Mosshart the reason for Kelly’s recent partying or do you think the partying contributed to the bust up? Tell us your thoughts in the comments below!