Kendall Jenner Warned by Kardashian Sisters to Stay Away from Heartbreaker Harry Styles! 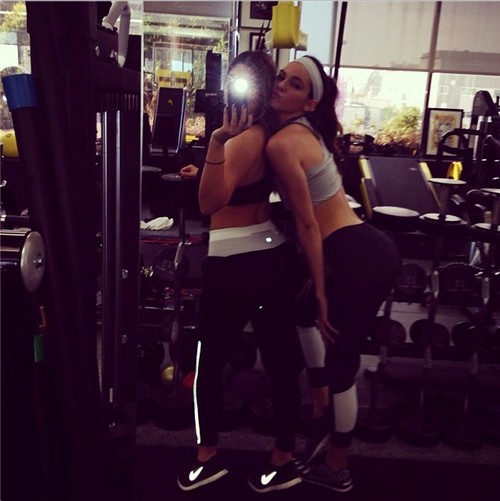 Has Kendall Jenner been warned by Kim Kardashian, Khloe Kardashian, and Kourtney Kardashian to stay away from One Direction’s Harry Styles, the boy who just might break her heart? According to the National Enquirer, the Kardashian sisters are incredibly worried about Kendall’s emotional well-being and have urged her to stay away from Harry, with whom she’s reportedly “madly in love with.” The magazine claims the sisters are telling her not to “fall in love with Harry… he’s going to break your heart!”

But it might be too late for the sisters’ words of wisdom to have any influence over Kendall’s decision of the heart because she’s already boarded the Love Train. What do you make of this potential relationship? Do you think it would be good for Kendall Jenner, who’s part of one of the biggest and most famous Hollywood families, to get involved with Harry Styles, who’s somewhat known for his ability to “play” the field?

Let’s just say this. If Kris Jenner has her way, this will definitely become a thing. She won’t care if he breaks her heart, squashes her heart, or coddles her heart because it’s all excellent opportunity for publicity. And the Kardashian empire needs all the publicity it can get right now, especially as its show continues to lose viewership numbers.

Do you think the Kardashians need another power couple in their midst? Let us know in the comments section belo!