Kendall Jenner Moving On From Harry Styles: Who Will Be Her Next Hot Hollywood Fling? 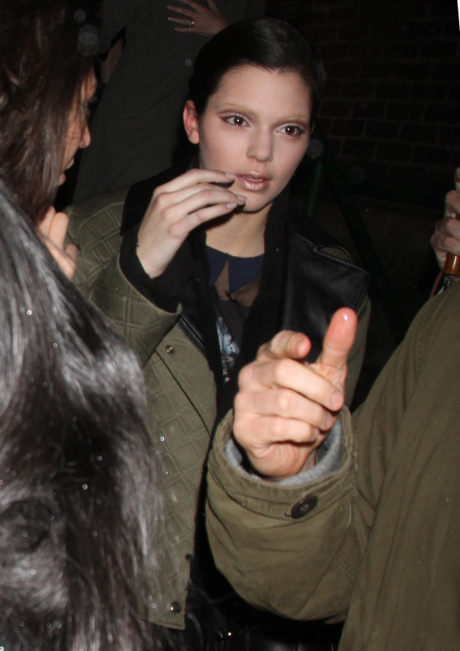 Kendall Jenner isn’t going to let a little thing like a breakup get in the way of her future plans. Yes, Harry Styles may have dumped her — but Kendall’s stock has still never been higher, and she knows it. For example, let’s take the recent kerfuffle around Kendall at the Staples center after Miley Cyrus‘s concert, where she was mobbed by fans outside the stadium. She could have easily exited through the back, much like Johnny Depp, but instead, she decided to go through the front. She had to have known that there would be hundreds of tweens outside, but she went ahead and did it anyway. Why? Because she loves the attention.

It’s hardwired into her by her mother and her sisters, and even though she lost Harry, sources tell us that she’s already scouting her next boyfriend. The problem is, after Harry, it’ll be hard for her to do better, at least when it comes to the level of fame. Harry isn’t discriminating when it comes to women; however, most A-list musicians and celebrities won’t date a D-list reality television star, no matter what her status is in the fashion world.

But, then again, Kendall’s already planning her exit from her family’s reality show, and she’s starting to take her modeling career more seriously. She’s obviously distancing herself from the D-list reality image, and who knows? She might even succeed.

Either way, Kendall’s moving on. She hasn’t completely given up on Harry Styles, but she’s already eyeing other teen idols, especially members of other boy bands and other actors. Considering that she has pretty close ties to both Jaden Smith and Justin Bieber, you can probably expect her to end up with someone on their level next. Whose arm do you think she’ll be pulling down the red carpet next?