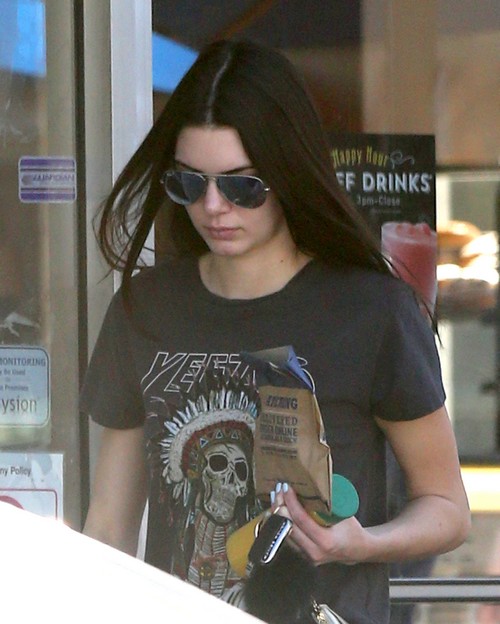 Well, that didn’t last long, did it? Kendall Jenner and Harry Styles have split up after three months together, to the lasting surprising of absolutely nobody. Really, who actually thought this relationship would last? First of all, Harry’s not a long-term relationship kinda dude, as evidenced by his relationship history. So while Kendall may have tried her best to hold on to this ‘relationship’, there was always an expiration date. Really, we should be thankful that Harry came to his senses as quick as he did, just so we don’t have to deal with Kendall as much. Because on her own, without Harry, she’s far less news-worthy.

Anyway, the official reasons being given for their split are distance and other work commitments, with a Daily Mail source explaining, “Kendall has been focusing on her modeling and Harry is preparing for work on the band’s fourth album, as well as their stadium tour. The reality is that with everything they both have going on, it’s impossible to sustain anything serious.”

Kendall and Harry met late last year, and they started dating in the fall, spending the holidays together. However, sources claim that their relationship was over before Kendall’s recent jaunt to London Fashion week, as well as Harry’s fling with the unnamed blonde at that club. Clearly, he wasn’t cheating on Kendall because he wasn’t even with Kendall at the time.

But of course, Kendall would never give up the chance to be Harry’s girlfriend in the future should he choose to return to her, which the sources confirm by adding, “There’s been no major fallout. They’re definitely still friends ad haven’t ruled anything out in the future.” Well, duh. How is Kendall going to do any better, especially when it comes to star power? Nobody else in his stature of fame would date a Kardashian sister.