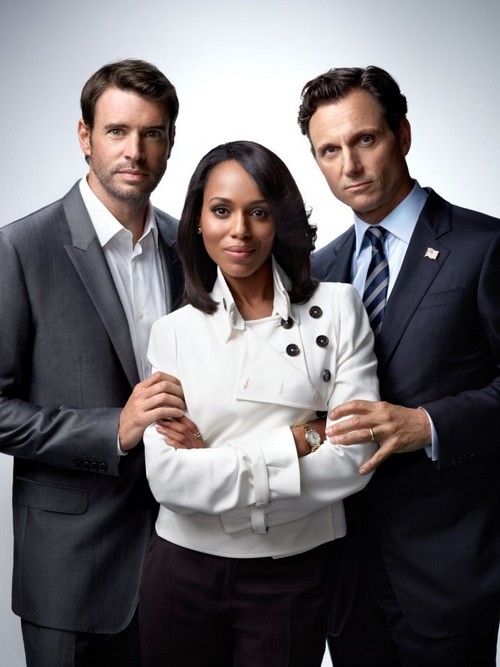 Scott Foley is currently guest starring on Scandal and playing a love interest of Olivia Pope, but there’s one person who’s reportedly not too happy about this: Scott’s wife, Marika Dominczyk.

According to a report from US Weekly, Marika doesn’t like Scott’s love scenes with Kerry Washington, largely because she feels like there’s too much passion in them. Um yeah, it’s called acting – there’s supposed to be passion in the love scenes, no?

Anyway, Scott doesn’t seem to have any such misgivings about his role on the show, and in fact, he recently told TV Guide Magazine that he thinks his character Jake is better for Olivia than President Fitzgerald. He explains, “If the president really had Olivia’s best interests in mind, he wouldn’t still be with his wife. It’s got to be extremely hurtful for Olivia with this back and forth. I don’t think Jake would ever put her in that position. He would treat her well. He’s been looking for that for a long time and maybe thinks he’s found it with her.”

Well, regardless of whether Jake turns out to be better for Olivia, he won’t be on the show much longer if his wife has her say in the matter. However, I can’t blame her insecurities – I honestly don’t understand how Hollywood couples get through these types of issues, when their other half is being paid to make out with other people for a lot of money, and they’re forced to make it look as realistic as possible. No wonder cheating and infidelity are so common in the industry.

However, you’d think that Marika would be used to this by now, right? Scott’s made out with other women before, so this really shouldn’t be that big of a deal.