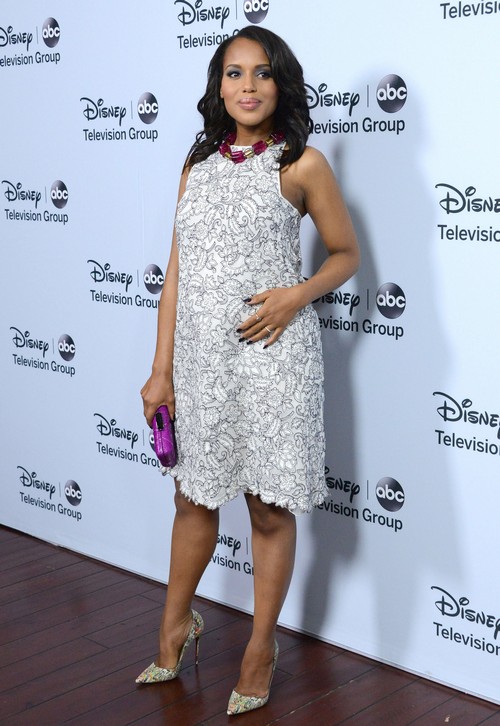 Well there really does seem to be some truth to the notion that where there’s smoke there’s fire and so I really have to wonder about the status of Kerry Washington’s marriage. She swapped vows last summer with Nnamdi Asomugha in a ceremony that shocked even those closest to the couple. The two had been dating for about a year on the down low but I don’t think anyone expected him to put a ring on it. The quickie vows made more sense once Kerry’s pregnancy became obvious and the two are expecting their first child in a matter of weeks.

Here’s the thing, according to MTO Kerry spent her birthday alone back in LA last weekend while Asomugha partied in NYC, enjoying the extra Superbowl festivities that were all over the place. He was spotted having a great time while wifey turned a year older without him. There are rumors that the couple may already be taking a breather and I have to admit it wouldn’t shock me.

Haven’t Kerry and Asomugha seemed more than a little off right from the start? Up until the Golden Globes he has never even joined her on the red carpet for an event! Kerry is super hot right now thanks to her work on Scandal so you would think that her new husband would be supporting her career achievements a bit more, wouldn’t you? Do you think that these two are happily married or are you having weird vibes about them too? Tell us your thoughts in the comments below!