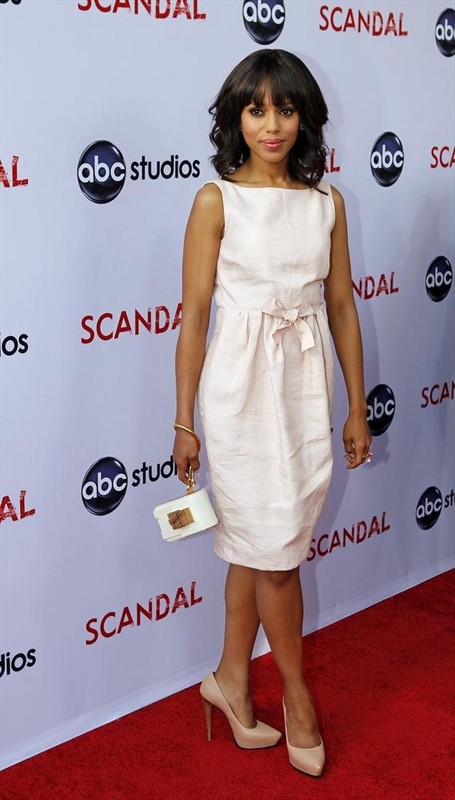 Do people think that Kerry Washington is actually Olivia Pope, her character on Scandal? Because this is ridiculous. According to a new report from the National Enquirer, Kerry decided to marry her longtime boyfriend Nnamdi Asomugha because she couldn’t land Barack Obama.

The report from the Enquirer reads, “Chalk one up for Michelle Obama! After the first lady (sic) banned ‘Scandal’ star Kerry Washington from the White House due to President Barack Obama’s obsession with her, the sexy beauty settled for another guy.”

A ‘source’ told the Enquirer, “Kerry finally realized that she didn’t have a chance at Barack and was forced to find someone else. Now that Kerry has found her own man, Michelle can finally breathe a sigh of relief.”

I’m thinking the writers of the Enquirer are watching a little too much Scandal because this is straight out of the plot of that show. Honestly, it would have been a lot more believable if they had just gone with Kerry having a steamy affair with one of her co-stars on Scandal, especially because there’s already a ton of people that believe that. But this? Kerry has been a public supporter of Obama, just like a lot of other famous actresses. That’s pretty much the extent of this non-existent connection.

What do you guys think about Kerry being linked to President Obama? In my opinion, this is one of the most obvious examples of tabloids making up stories to increase their circulation. Do you agree? Kerry’s marriage announcement to Nnami definitely took a lot of people by surprise, but she’s always been incredibly private about her personal life. Overall, this whole story just seems like fan fiction of the highest (or lowest?) level. Let us know what you think in the comments.