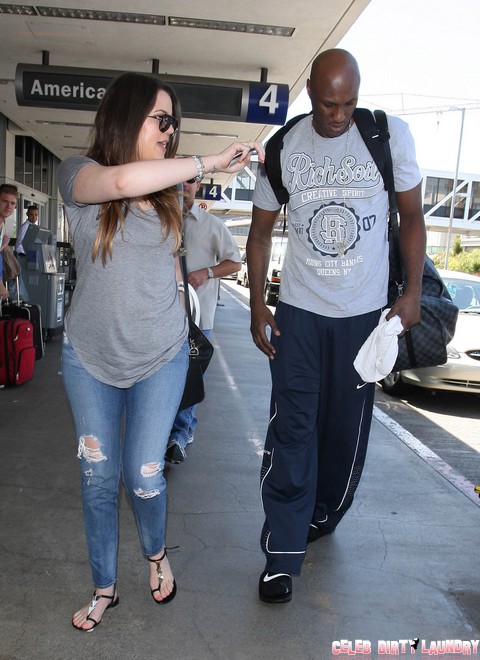 It looks like Khloe Kardashian’s divorce from Lamar Odom may have just hit a serious speed bump. They always say that if you want a baby, just stop trying to have one and relax because sometimes nature just takes its’ course then. Khloe’s desire for a child was said to have been a huge problem in her marriage and the pressure to get pregnant was one of the many things that sent Lamar running.

According to the Jan. 27th print edition of Star Magazine, Khloe and Lamar weren’t really getting along for several months but they were still meeting up for sex. Supposedly once the pressure was off the lust that had bonded them remained and they were settling into a friends with benefits situation. The big problem with that was the fact that Khloe also shared a similar arrangement with both Matt Kemp and rapper, The Game.

Lamar knows that his soon-to-be-ex was also screwing Kemp and when she told him about the pregnancy, after the shock wore off Lamar told her that they will need a paternity test. If the baby actually is Lamar’s then it could mean that he would want to call the divorce off. Khloe is said to be praying that Lamar is the father but at this point truly doesn’t know for sure. Do you think that a baby will save Khloe and Lamar? Or would she be better off as a single mother if the pregnancy rumors are true? Tell us your thoughts in the comments below!