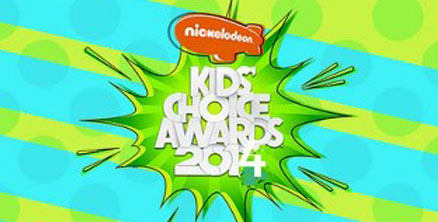 The Kids’ Choice Awards 2014 aired on Saturday night and we’ve got the list of winners for you right here! Unlike other awards shows, such as the fancy Oscars or Golden Globes, the Kids’ Choice Awards possesses an incredibly unique goal: Cover as many celebrities as possible in neon green slime. Honestly, I’ve always wondered what it’d be like to get slimed by the iconic Nickelodeon goo.

Mark Wahlberg, the show’s host, tried everything in his power to avoid the goo-sludge. He even made a promise that, by the end of the evening, he’d be the only one in the building not covered in slime; however, he was ultimately thwarted by Kevin Hart and Wahlberg’s children, who helped give the bad boy action star a messy green bath.

While Wahlberg might’ve been frowning by the night’s end, countless others were smiling after being honored with the coveted Nickelodeon blimp, the awesome trophy that symbolizes something special: the children’s world recognizes you as being freakin’ awesome. Continue reading below for a list of the night’s winners, which include TV shows, movies, songs, and celebrities.

Did you watch last night’s awards show? If so, why not leave us one of your favorite moments in the comments section below. We’d love to hear from you. If you had the opportunity to get slimed on the Nickelodeon stage, would you take it? C’mon, I’m sure you have to be a bit curious….

“Diary of a Wimpy Kid” Series

“Story Of My Life”