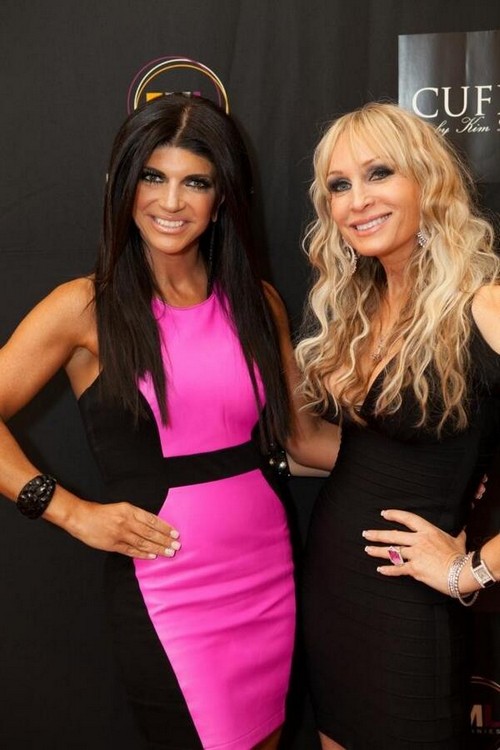 Teresa Giudice’s best friend Kim De Paola is in hot water. The semi-cast member of Real Housewives of New Jersey is being accused of theft of intellectual property.

Kim has been selling her own line of jewelry in her Posche boutique stores for a while. She markets the pieces as her own design. Jewelry designer Constantino Frangopolous feels the opposite is true. Per TMZ he alleges Kim stole some of his designs after wearing some of his pieces on camera. Kim and Constantino had an agreement where she would wear his jewelry on camera in return for promotion of his products. Also per TMZ their agreement was never formal. Constantino now wants compensation from Kim and Bravo.

Kim has not made a comment on these allegations. There has been no statement issued or any comments on her social media. .Kim has been blamed for a lot of drama and there was no proof she started the problems. Hopefully this is another misunderstanding.

I understand why the finger is often pointed at Kim. She seems to be present when a lot of fights between the New Jersey cast members go down. Kim has also been nominated as Biggest Supporting Agitator for Bravo’s first The Real Housewives Awards. Kim takes these allegations in stride. There has never been proof that she started the trouble she was accused of. This includes the bloody fight at last spring at her Posche 2 opening and arguments between Teresa and her family. There is no proof Kim started any of this trouble. She is the scapegoat.

You can see Kim later this year on Season 6 of Real Housewives of New Jersey on Bravo.