Kim Kardashian Wants Adrienne Bailon As A Sister-in-Law After Diss and Feud – Made Vicious Comments! (PHOTOS) 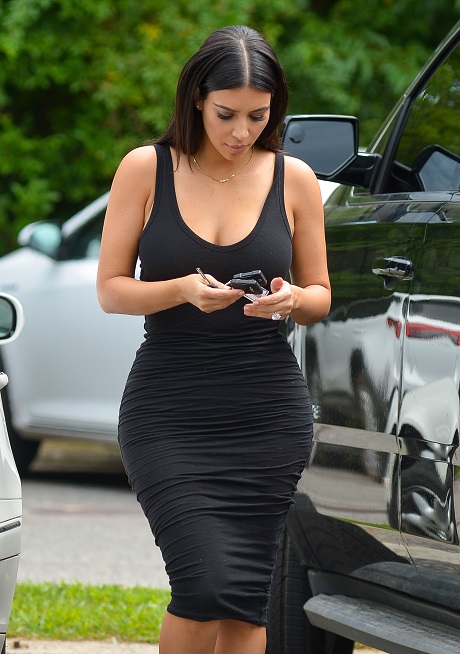 Kim Kardashian will do anything to keep her name relevant, including creating a fake feud with someone and then invoking their name to keep the news going. In this particular situation, Kim has revealed that she would still love to have Adrienne Bailon as her sister-in-law, despite the fact that they’re right in the middle of a media quarrel.

For those who haven’t been keeping track of the Kardashians and all of their drama [lucky you], Kim hit out against Adrienne for using her family’s name to keep herself famous. Adrienne had kept bringing up Rob Kardashian and Kim Kardashian in interviews, and I guess Kim got sick of it – even though she does the exact same thing. But now, she’s backpedaling quick.

In an interview with Andy Cohen on Watch What Happens Live, Kim was asked whether she’d rather have Rita Ora or Adrienne Bailon as a sister-in-law. Kim replied, “I would say Adrienne Bailon cause she was in our lives for a long time and I know she’s a really sweet girl and she has good intentions and she has a good heart.”

Oh really? Just a few weeks ago, Kim said, “Funny how she says being with a Kardashian hurt her career yet the only reason she has this article is bc she is talking about a Kardashian…”

And yet, the only reason Kim has THIS article is because she praised Adrienne just weeks after dissing her. Flaky much? Or I guess it’s not flakiness as much as it is a commitment to being a famewhore. Or if we take the less cynical route, maybe Kim meant what she said. For all her faults, she does love her brother and seems to think that Adrienne would be good for him. Who are we to argue?