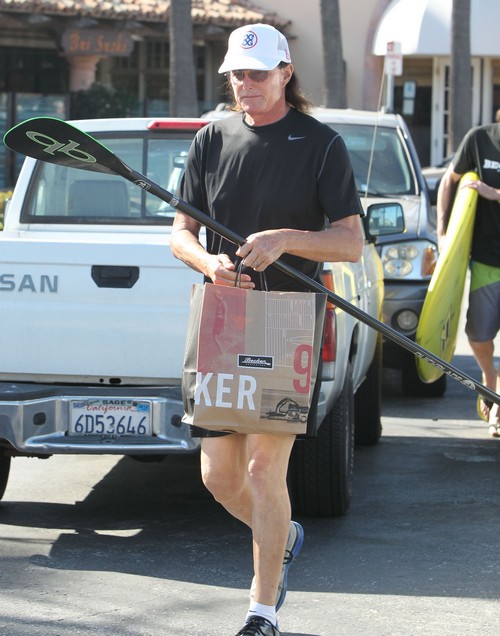 According to a report from Star Magazine, Kim Kardashian is not happy that Bruce Jenner has been stealing her ‘thunder‘ with his sex change operation. According to a source, “Kim feels that Bruce is racing forward with his plans without any concern for her.”

Um, why should Bruce factor in Kim’s plans when he’s thinking about his own future? Star claims that Kim wants Bruce to postpone his plans until after her wedding to Kanye West is over, which is just ridiculous. Are Kim and Bruce even close? Last we heard, he hated all the Kardashian sisters and thought that they were horrible influences on his own daughters. And considering that’s probably true, why should he care about Kim’s wedding, especially when he barely has any say in it – Bruce wasn’t even invited to the proposal/engagement ceremony!

Star’s source also adds, “Kim had her heart set on a traditional ceremony with Bruce walking her down the aisle. But if he’s a woman by then, she absolutely won’t have it.”

Of course Kim would put her own happiness over her step-father’s – of course she would! And I could totally see her thinking that Bruce is trying to mess up her wedding day. But isn’t it totally and completely screwed up if she really thinks that him coming as a woman will ruin her wedding day? In today’s world, does it really matter?

Obviously, this whole story is contingent on the fact that Bruce is even getting a sex change to begin with – and since the story’s been rumored for years and still hasn’t happened, I’ll take it with a grain of salt that it’s happening over the next month.