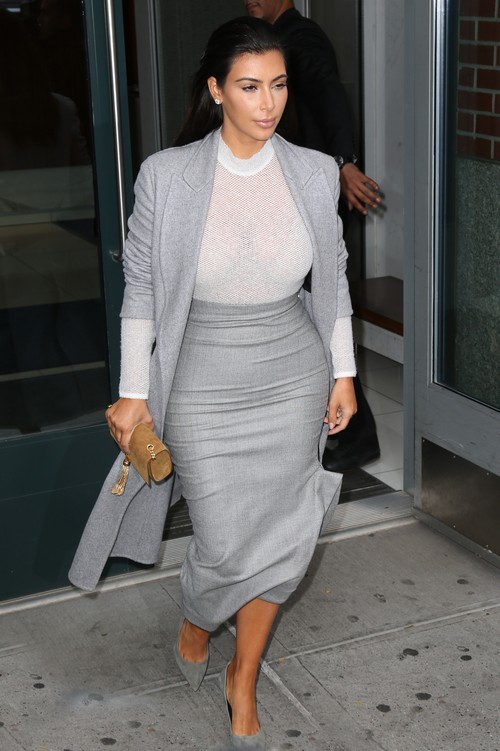 Kanye West’s wife Kim Kardashian is the apple of many  a man’s eye. But, the curvy Keeping Up With The Kardashians star has a crush of her own – and it’s someone none of us ever would have expected. Spoiler alert: he’s not a professional athlete or a rapper! Kim Kardashian secretly obsesses over heart throb and actor Johnny Depp, famously known for his sexy character on Pirates of The Caribbean, and dozens of other popular films.

According to the November 17 edition of GLOBE Magazine, “Johnny Depp’s fiancée Amber Heard better watch out. Kim Kardashian has the hots for her man! The 34 year old reality star has disclosed that she used to have a massive crush on the Pirates of the Caribbean star. And she even had a cut-out of Depp on the wall of the bedroom she shared with sister Kourtney.” The magazine even goes on to say that Kim Kardashian has confessed to being “obsessed” with Depp.

What girl hasn’t had a crush on Johnny Depp at some point in their life? The guys got sex appeal, why else was he able to land a girlfriend (Amber Heard) literally half his age. Although, we can’t help but wonder how a woman who grew up kissing a Johnny Depp poster goodnight, wound up men like Kanye West and Ray-J, who are basically polar opposites of the hunky actor. Regardless, Kanye isn’t going to have to punch Johnny Depp’s lights out anytime soon – Kim Kardashian just doesn’t strike us as his cup of tea.

So, are you as perplexed as we are about Kim Kardashian’s Hollywood crush? Do you think Johnny Depp would ever even entertain her silly crush? On a scale of 1 – 10, how ridiculously jealous is Kanye going to be of Johnny Depp now? Let us know what you think in the comments below!