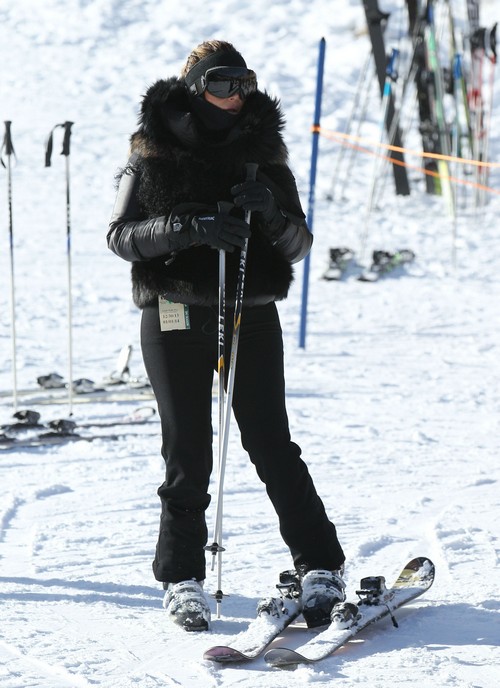 Man, Kim Kardashian really is desperate to lose weight, isn’t she? The latest report from OK! Magazine claims that Kim has put herself on a dangerously low calorie diet to shed the excess weight from her frame, and she’s sick of her weight being the butt of jokes in the media. Um, I think Kim needs to reevaluate her life, if she thinks her weight is the reason she gets made fun of by the press.

Anyway, a source tells OK! that Kim’s current diet, “revolves around steamed veggies doused in zero-calorie flavor spray, and Diet Coke.” The source adds, “Boy, is she irritable. Everyone thought she had a case of the post-baby blues because she rarely smiles these days, but it’s because she’s hardly eating. She’s sticking to only green vegetables, because they have more fiber, so her body will absorb less calories.”

You know, as much as I think Kim is a nuisance, it’s kind of sad that she feels the need to starve herself to conform to Hollywood’s insane body standards. Kim’s body is and always will be curvy, and trying to deprive herself of real food won’t do any good in the long run, apart from making her miserable. But hey, to each their own.

The source also adds that Kim’s new diet is starting to create a rift between her and fiance Kanye West, explaining, “Kim went crazy on Kanye when he opened a package of cookies in front of her. She started screaming about how he was trying to undermine her, and then she actually grabbed the cookies and threw them in the trash.”

HAH. As if. You think Kanye would stand for that behavior? I could believe this if it was the other way around, and if Kanye was the one throwing a little diva hissy fit. But Kim would never throw such a tantrum in front of Kanye, for fear of scaring him off.