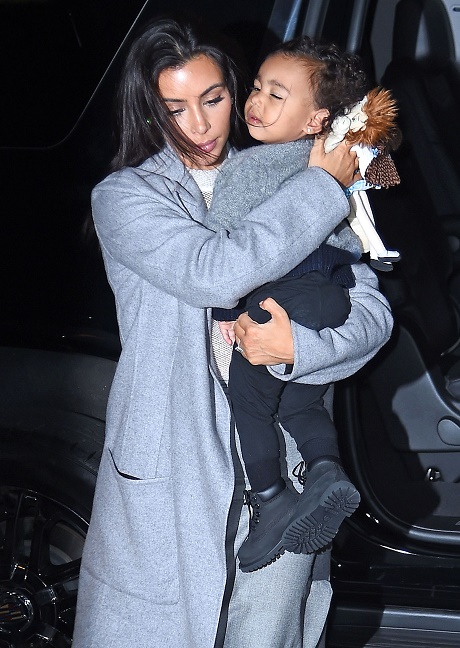 Keeping Up With The Kardashians star Kim Kardashian is such a control freak that she has her 16-month-old daughter, North West, on a diet! Kim Kardashian has officially turned in to her mother Kris Jenner. How many times have we heard Kris’s kids, step-kids, and Bruce Jenner all whine that Kris is a control freak? More times than we can even pretend to count. You know that old adage about becoming your mother? Well, Kim has officially done that.

According to the November 24th edition of OK! Magazine, “A source reveals that the first-time mom has worked out a daily organic menu for Nori with her chef, one that cuts out processed food and sugar entirely.” The magazine’s inside source goes on to explain, “Kim’s not trying to slim her toddler down, just keep her healthy. But poor North never gets any treats, which upsets her when she’s hanging out with other little kids whose parents let them eat what they want. Kanye doesn’t want Nori to grow up struggling with her weight.”

Come on now, we’re all for healthy kids, but call it like it is. If Kim and Kanye honestly expect people to believe this diet has nothing to do with North’s weight – then they are delusional. We all know Kim Kardashian and her hubby would rather die than have a “fat kid.” But, no worries, North West. Once you are sixteen or seventeen you can hit up Taco Bell with mommy and eat whatever you want and then you guys can get some mother-daughter liposuction together.