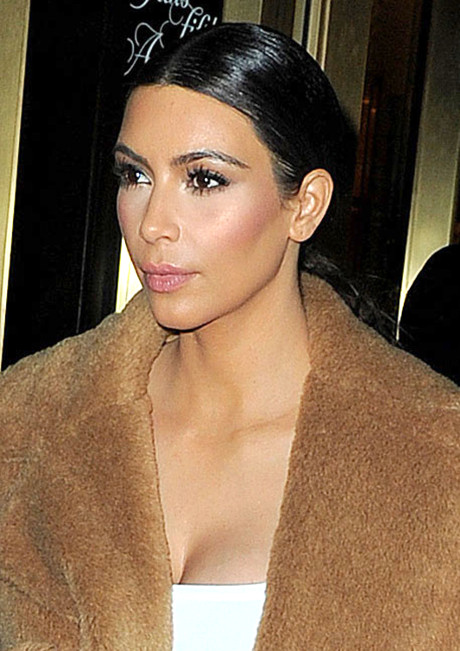 Kim Kardashian attended the fancy Vienna Ball as Richard Lugner‘s date. But if you think this was a date of love, you’re sorely mistaken, as Kim was paid $500K to strut her stuff alongside the Austrian businessman, who’s become rather famous (or infamous) for paying celebs hefty sums to pose as his date for the evening. Hmm. Interesting. While the evening is typically supposed to be filled with glitz and glam and an incredible amount of charm, Kim’s night quickly took an unsavory turn. Needless to say, I don’t think she enjoyed herself.

According to TMZ, Lugner recently did an interview, during which he said, “Kim is annoying me.” But perhaps she had a very good reason for doing so. Like, here’s a thought, maybe the dude was majorly creeping her out!

Apparently, Richard was trying to get Kim alone in a room with him and, over the course of the evening, was allegedly quite rough with her and encouraging her to lose her security details. This was just one of the occurrences that left a bad flavor in her mouth. When Kim was taking a pic with Richard, a person in black face — attempting to imitate Kanye West — came up to Kim and started harassing her.

Sounds like this was an awful night for poor Kimmy! Supposedly, everything was caught on tape because cameras were in full gear filming footage for Keeping up with the Kardashians.

What do you think of this news? Let us know in the comments section below.