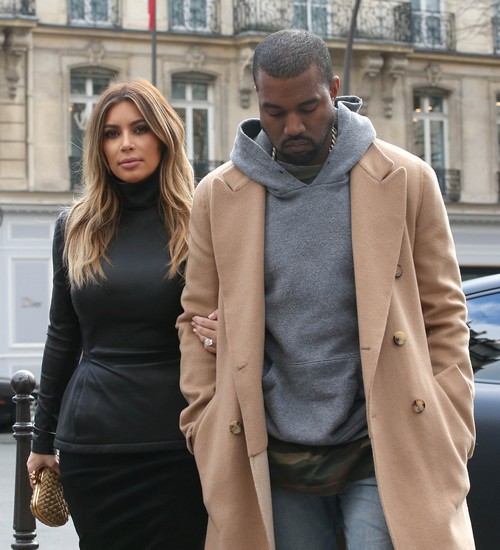 We told you guys that this was going to happen. Kim Kardashian and Kanye West will get married this week in what amounts to a courthouse marriage ceremony in front of an LA judge. The two recently learned that in order to marry in France they had to be permanent residents of the country for a minimum of 40 days and well, that math simply wasn’t going to work. However if they walk into the country holding a valid U.S. Marriage license then it makes the waiting period null and void, so that’s precisely what they are going to do.

The couple will have an extremely private swapping of vows this week according to TMZ and then in May they will also have a civil ceremony in France. In order to have a religious wedding in the country they first need a civil certificate so yes, these two will actually end up having two ceremonies before they even get to the big shebang that E! Is set to film for the Kardashian’s reality show!

Kim and Kanye will recite their vows 3 times but how long do you think that this union will seriously last?  Will it last even a few years? I mean they both seem to be so wrapped up in creating the illusion of the perfect engagement and wedding, what’s going to happen when it’s back to normal, daily life? The majority of their relationship has been spent planning for a major life event, like baby Nori or their wedding. Do you think these two will even be able to stomach each other once real life sets in? Tell us your thoughts in the comments below!