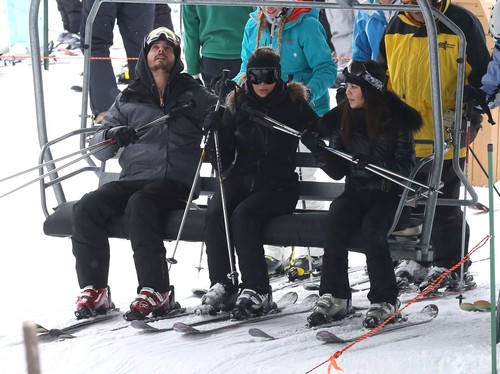 Scott Disick always seems to be just a few steps away from a full blown breakdown and the recent death of his father has pushed Kourtney Kardashian’s baby daddy even closer to the edge. Jeffery Disick died on Jan. 2nd after dealing with health issues and his wife Bonnie died in late October. Scott dealt with the loss of his mother by partying harder and forgetting that he has a family. He has yet to get over that loss and in no real shape to handle another one.

According to the Jan. 20th print edition of Star Magazine those close to Scott fear that his drinking is going to get even worse. They say that he seems to have checked out of everyday life and is rarely spending any time at all playing with his kids. Instead Scott has turned up all over the place sloppy drunk and flirting with random brunettes.

Kourtney has pleaded with Scott to get some legitimate help. She wants him to go to therapy as a way of dealing with all of the pain but so far Scott isn’t on board with that idea. He prefers to drink it all away and run with a crowd of partyers. That’s how Scott always ends up in trouble though, isn’t it? Do you think that something will reign him back in and he’ll decide to get some help so that he can have a future with Kourtney and the kids? Or is Scott going to prefer to live his life exactly as it is now? Tell us your thoughts in the comments below!