Kris Jenner and Drake Hot Hookup After the Espy Awards – Is Kris The New Demi Moore? 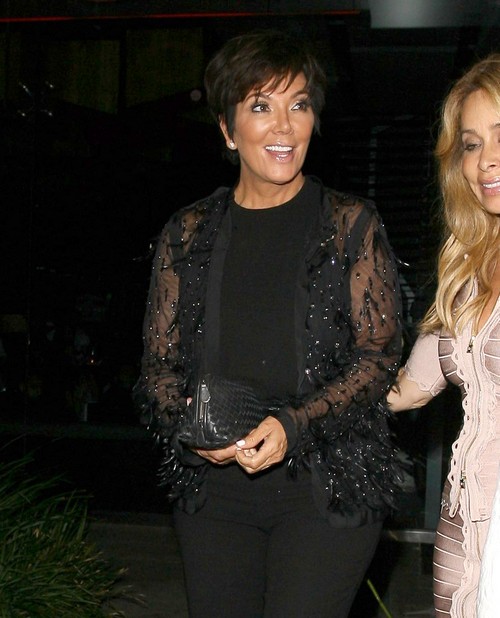 Well, we already know that Drake gets around but I guess it never really occurred to me that he would set his sights on Kris Jenner, a much older woman. I figured he was too busy bouncing between Rihanna and Atlanta based models to even contemplate banging a grandmother, but apparently I was wrong. It seems that Drake and Kris Jenner really hit it off on the night of the Espy Awards and ended up hanging together at a party.

According to MTO, the two ended up hooking up and Kris was spotted the next day boarding a private jet – in the same clothes that she partied with Drake in! Some people do the walk of shame and apparently Kris does the flight of shame. I’m not really surprised that Kris went there. I mean look at her kids- both Khloe and Kim Kardashian have a thing for rappers and I guess we see that the apple hasn’t fallen far from the tree. We know that Kris will do absolutely anything to stay in the spotlight and being connected to Drake might certainly extend the lifespan of the sinking Kardashian empire by a moment or two, right?

But what the heck was Drake thinking? I mean he can have just about any chick that he sets his sights on so why would he choose Kris, even for one night? She’s know for trying to use her business sense to connect with heavyweights in Hollywood. What do you think that she said to Drake to make him even pay attention? Do you think that this was a night of fun or are they still meeting up? Is Kris going to turn into the next Demi Moore – hooking up with the same guys that her daughters do? Tell us your thoughts in the comments below!