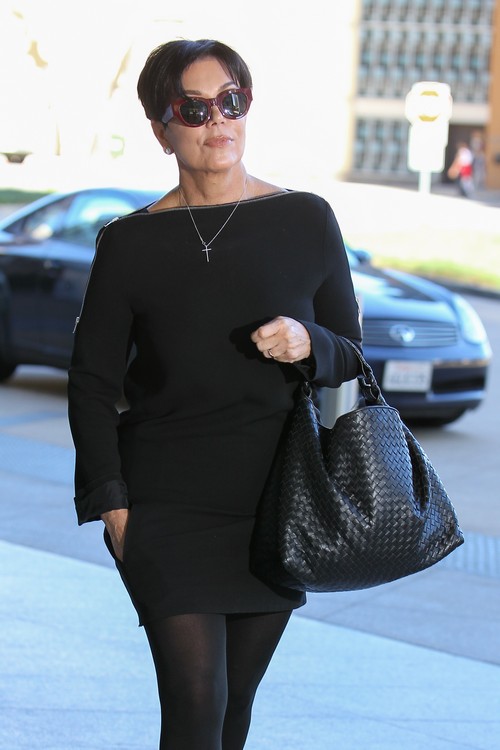 According to a report from Now Magazine, Kris Jenner might be responsible for Harry Styles going solo. Apparently, Harry’s proximity to Kendall Jenner and the Kardashians is causing ‘friction’ between his One Direction bandmates, Niall Horan, Zayn Malik, Liam Payne, and Louis Tomlinson.

A source explains to Now, “Harry has been spending lots of time with Kendall’s mother Kris, who’s taken it upon herself to give him lots of career advice, including on life after 1D. Those close to the band say the boys are worried Kris may influence Harry to go solo.”

Of course Kris will try to convince Harry to go solo. As much as some people may hate to admit it, Harry Styles is pretty much Justin Timberlake 2.0, and he’s the only one out of One Direction that has a shot at a solo career. Don’t forget – a successful solo music career doesn’t just come out of talent, but also the ability to network and create a strong brand image. How many members of the general public [NOT 1D fans] would be able to name any members of the band, apart from Harry Styles? Exactly.

Now, even though Kris may attempt to give Harry advice, probably in the hopes that Kendall will be able to hitch herself to Harry in his rise to fame and glory, it’s not like Harry will listen to her. The boy may not think with his brains when it comes to girls, but he’s not that stupid. Let’s give him some credit, at least. He’s refusing to appear on the Kardashians’ idiotic television show, and I think he has enough integrity and intelligence to not listen to Kris Jenner, of all people.

However, even if he doesn’t follow a solo career on Kris Jenner’s advice, it’s only a matter of time before the band splinters and Harry heads solo. But will that be because of Kris Jenner? Um, that would be no.