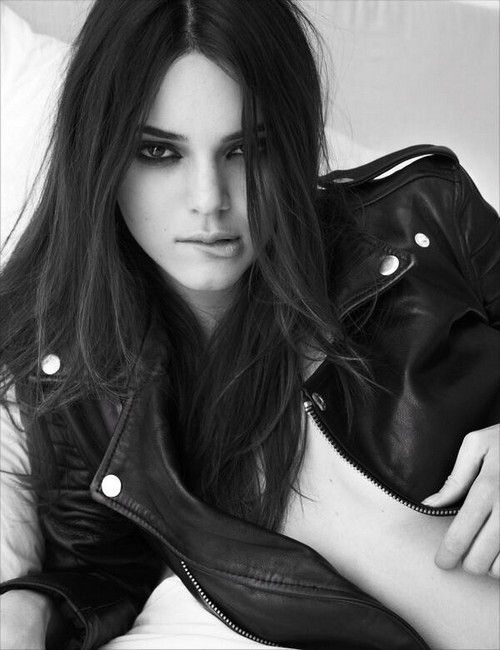 Kris Jenner is a pimp. We know this for a fact, just as we know that she used her daughters to create the Kardashian brand. She sold Kim Kardashian‘s sex tape to launch Kim’s career, thereby securing her own future in the process. She manipulated her other daughters into launching pseudo-business and pap-whoring, and she pretty much engineered the family’s tabloid domination. So is it really surprising to hear that she’s the one pushing so hard for Kendall Jenner‘s modeling career? Or that she’s the one who’s forcing Kendall to do all these sexy shoots to cement her brand image?

A new report from Life & Style claims that Kris is the one responsible for Kendall’s sheer see-through costume during the Marc Jacobs runway during New York Fashion Week, the one that showed Kendall’s nipples and created a huge uproar among the media. A source tells Life & Style, “Kris sees a business opportunity in Kendall. Kendall didn’t have to show her nipples on the runway, but Kris knew that would get the most attention. I’m sure Kris had a say in what she wore.”

Alright, I buy that Kris is using Kendall and sees her as a business opportunity – that much anyone can tell you. But Kris Jenner is a C-list reality star, at best. Do you really think Marc Jacobs would listen to what she had to say when it came to dressing his models? A number of models in that show were sporting the same sheer see-through shirt look, and Kendall just happened to be one of them. There’s no way Kris came up with this look, even if she tries to take credit for it. However, I do believe that Kris probably pushed Kendall to do the show, even knowing that the see-through nipples would be a part of it.

Do you guys agree? Let us know your thoughts in the comments.