BY Heather DiPietro on May 12, 2014 | Comments: one comment
Related : Reality TV, Television, The Voice, The Voice Videos 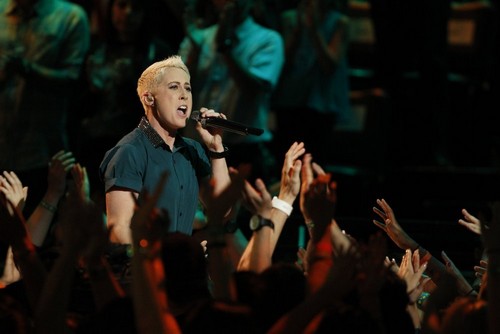 Team Shakira’s last contestant Kristen Merlin took the stage tonight on THE VOICE for her Top 5 live semi-final performance.  Kristen sang “Gunpowder & Lead” by Miranda Lambert.  On tonight’s show the remaining artists from each coach, Blake Shelton, Adam Levine, Usher and Shakira’s team performed live for America’s vote and the chance to move on to the Finals.  Did you miss tonight’s episode?  If you did miss it, we watched it and we recapped it right here for you.

On last week’s episode Kristen sang “I Drive Your Truck”  by Lee Brice and Shakira had this to say about his performance, “Shakira says she is so moved and believes it was beautiful; she is truly proud of how she gave it her all.”