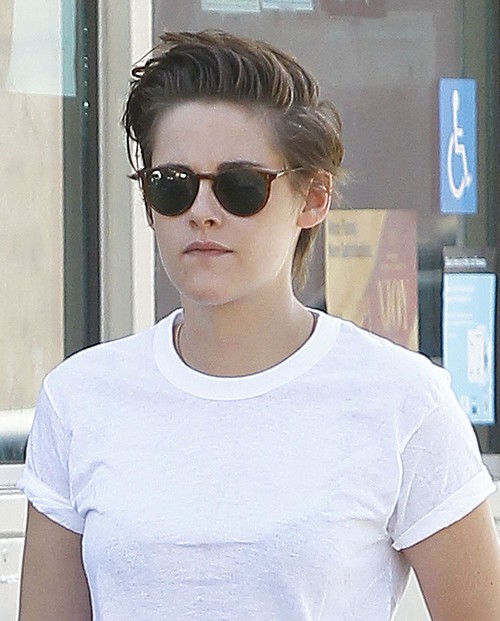 Kristen Stewart is a very emotional person (except when she’s acting) so what does KStew think about Robert Pattinson and FKA Twigs dating? Tom Sturridge and Sienna Miller are BFFs with Robert Pattinson, and according to a report from E! Online, they are the ones responsible for setting up Rob with FKA Twigs. Apparently, Rob was with Tom and Sienna at an FKA Twigs concert, and he loved her music so they introduced him – and the rest, as they say, is history. Considering that Rob’s ex-girlfriend Kristen Stewart is also good friends with Tom and Sienna, I imagine this has turned into a very complicated pentagon of messy relationships. Is it fair to say Kristen Stewart hates the couple now, she surely must hate FKA Twigs, so why not Tom and Sienna?

If Kristen Stewart still had feelings for Robert Pattinson, I can’t imagine she hate to find out that it was her very own friends who set Rob up with his new girlfriend. And that too, a girlfriend that he has no problem showing off and holding hands with in public. Keep in mind, Rob and Kristen never showed any PDA in their relationship at all, even though they dated for over three years. Yes, you could argue that the public obsession with them was at fever pitch and they didn’t want to fuel the fire, but still – a relationship is a relationship, and Rob seems.. almost proud that he’s dating FKA Twigs? More like, he wants everyone to know that he has a badass non-mopey, non-lip biting rocker girlfriend. It’s almost as if Sienna Miller and Tom Sturridge set up Rob with the anti-Kristen Stewart, and again, it’s an indirect slap to her face.

What do you guys think? Are you surprised by how Robert Pattinson and FKA Twigs met? Do you think that Kristen Stewart is furious at the news? Let us know your thoughts in the comments below.