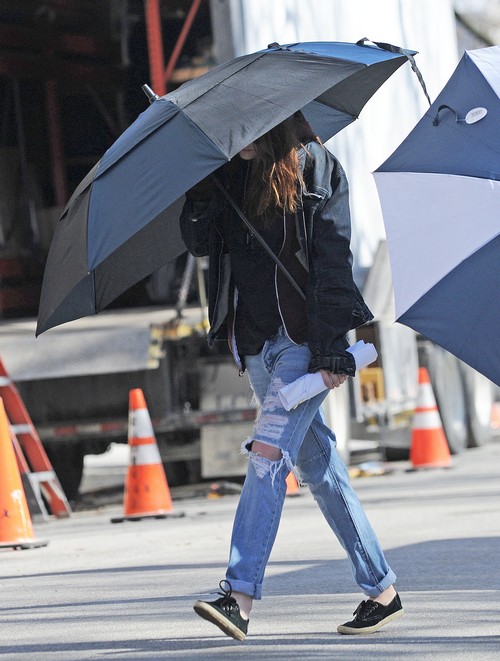 Nike is still trying to cash in on Kristen Stewart, reportedly offering her a lot of money to sign a long-term endorsement deal with them.

A source tells Radar that the feelings run mutual, explaining, “It’s no secret how much Kristen loves Nikes. She often changes into a pair of Nikes after walking the red carpet in heels.” But even then, Nike’s going to have their job cut out for them in trying to convince Kristen. She already has one endorsement deal with Balenciaga, and I think it’ll be difficult for her to consider another high-profile deal.

As the source explains, Kristen has constantly shunned chances to endorse products, especially while she was still associated with Twilight. While she’s loosened up since then, she’s reportedly still ‘terribly self-conscious‘ about seeing her face on any products.

It’s also possible that Kristen’s ex-boyfriend, Robert Pattinson, either directly or indirectly influences Kristen to sign on to the Nike deal. Rob’s partnership with Dior has been very successful, and he’s started to be much more open to endorsement since then. Kristen, while she does already have Balenciaga, would benefit greatly from a Nike partnership. She already wears the brand everywhere she goes, and it’s not like her film career is keeping her all that busy at the moment. Plus, why turn down millions of dollars? Rob’s reasoning is that they did Twilight for a lot of money, so signing a deal with a brand that you love shouldn’t be too difficult in comparison.