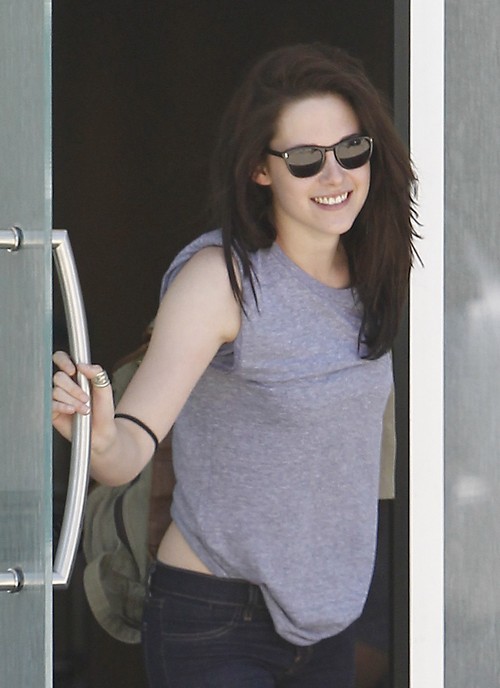 Kristen Stewart is either a very forgiving person, or she just doesn’t care. Even after Riley Keough dated her ex-boyfriend and the love of her life, Robert Pattinson, Kristen’s willing to put it all behind her and party with Riley. Or maybe it’s all a facade, and she secretly hates Riley’s guts.

Either way, Kristen was spotted at Lisa Marie Presley‘s 46th birthday party at the club No Vacancy in Los Angeles, and Riley was also present at the shindig. Kristen and Riley have been good friends since starring together in Welcome to the Rileys way back in 2010. However, after Kristen and Rob broke up earlier last year, Riley and Rob started hooking up and/or dating over the summer. From all accounts, Rob and Riley actually were dating, although ‘official’ sources would only go so far as to say they were hooking up.

It was also rumored that Kristen felt extremely betrayed by Riley, who she considered to be one of her best friends. Obviously, there’s the unspoken rule of friendship that you don’t date your bestie’s ex-boyfriend, especially if the breakup only happened a few months ago.

However, here we are, months later – and Riley and Kristen are acting like nothing’s happened. Sure, some of that probably has something to do with the fact that Riley and Rob barely lasted, and Riley’s already gotten a new boyfriend. However, the simple fact of the matter is that Hollywood operates on different rules than our world. Everybody hooks up with everybody in Hollywood, and whether it’s with friends or exes, it seems like it’s considered the norm to do so.