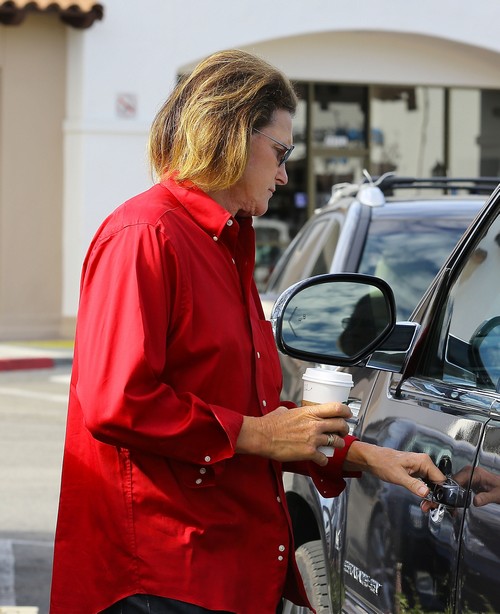 As much as I can’t stand the Kardashian Klan I have to admit that I feel a wee bit sorry for Kylie Jenner. I can’t imagine being a 16-year old girl and having to answer questions about my father’s alleged sex change. That’s exactly the situation that she found herself in while attempting to shop and lunch at Fred Segal in Beverly Hills yesterday. Paps caught up with her and asked her point blank how she feels about Bruce Jenner’s recently surgery and the rumors about him transitioning into a woman. Kylie said nothing but made a mad dash for her SUV and slammed the door before other questions could be asked.

Bruce’s alleged gender reassignment seems to be the one topic that none of the Kardashian’s want to have to address. It is one of the big reasons why Kris Jenner has gone from parading in front of the media on a daily basis to hiding out in her mansion wishing her life was a whole lot different. Up until now Kylie has managed to avoid questions about Bruce but eventually someone was going to catch her totally off guard and that day was apparently yesterday.

Do you think that Kylie and Kendall Jenner will eventually come to terms with what their father is doing and begin to defend his right to live his life as he pleases? Or is Bruce’s gender reassignment going to drive a wedge as big as Kim Kardashian’s closet between himself and his youngest children? Tell us your thoughts in the comments below!