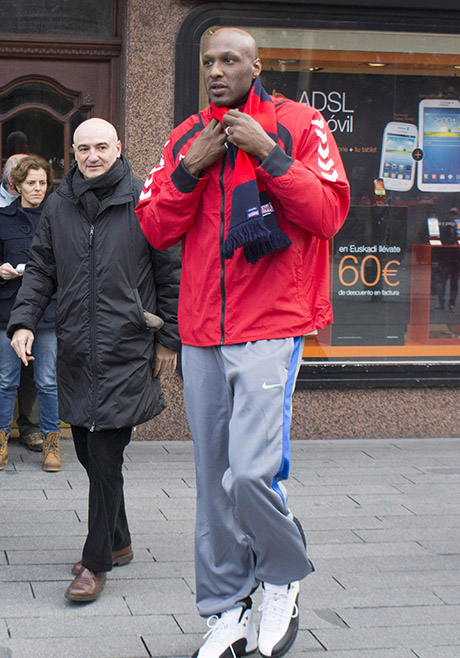 Despite the endless drug problems littering his past, Lamar Odom seems to have found a way back into the NBA alongside the NY Knicks, his hometown team. Nobody’s certain yet whether he’ll be playing full time on the team or if he’s just suiting up for a tryout, but whatever he’s got in the works, well, it’s better than his prospects were before this gig! We saw his life spiral out of control and the media was relentless in their coverage as he and Khloe Kardashian, part of the biggest reality TV empires in celeb land, ended things for goodsies.

According to TMZ: Odom’s been out of the league all season … as no team would take a chance on him after he went on a horrific (and expensive) crack cocaine binge last summer and ended up getting divorced from Khloe Kardashian. According to one report … Odom signed a one game deal with the Knicks which reunites him his old Lakers coach Phil Jackson … who is now the Knicks team President.

We’ll be interested to see what becomes of this news and whether or not he actually lands a contract deal. While we don’t condone his past behaviors, we’re actually rooting for this fella. Do you think Lamar Odom deserves another shot at his NBA career after things took a fiery and disastrous turn all those months ago? Let us know your thoughts in the comments below!