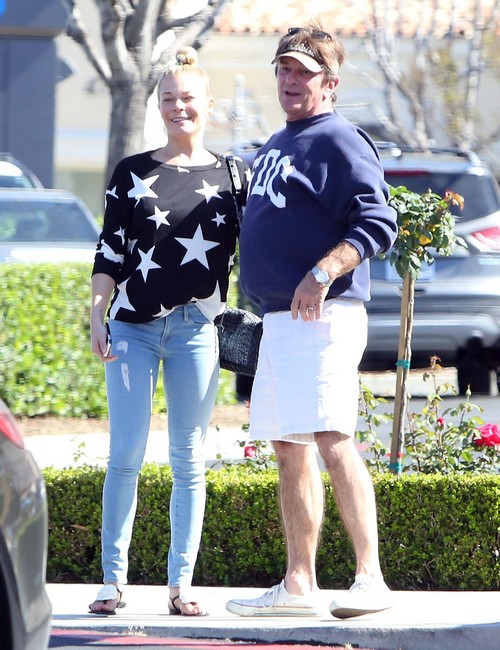 Basically, we’re suggesting that she’s calling the paparazzi. I know, I know, it’s super obvious and something that reality stars do all the time. But what’s interesting is that she’s neither alone nor with Eddie Cibrian this time. No, she’s with an unknown older man who’s identity cannot be confirmed. A new boyfriend? A new fling? An agent/manager? A family member? Who knows?

The only thing we do know is that they seem close, but LeAnn seems to have gone out of her way to make sure she got papp’d alone. The man’s only present in a couple of pictures, and the majority of the pictures are LeAnn ‘accidentally’ posing for the paparazzi. I’m sure you had nooo idea the photographers were there, LeAnn, I’m sure.

Anyway, next time LeAnn is at the Commons in Calabasas, at least you’ll know to expect paparazzi to follow pretty quickly. As for this mystery man, I’m almost positive it’s either a family member or someone from her team. LeAnn’s not going to risk her marriage to Eddie right now, not when they have their reality show at stake. She’s already trying so desperately to prevent Eddie from leaving her, and she’s not going to give him any ammunition in that regard. Plus, LeAnn’s way too superficial to ever date a man who didn’t look like a model.