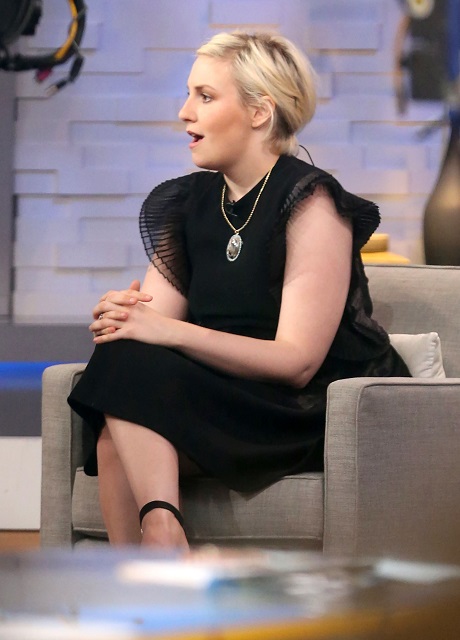 Why is it that every time a celebrity starts getting more successful, they start becoming cheaper and cheaper? Lena Dunham is the latest celebrity to fall into this trend, even though she’s a millionaire and received an advance of $3.5 million for her latest book. And even though she received such a large advance on her book, she was reportedly not planning to pay any of the other artists that would accompany her on tour. Just to be clear, this includes legitimate artists such as Portlandia star Carrie Brownstein and writer Zadie Smith.

These aren’t just randos that Lena picked up off the street, but proper celebrities in their own right that are supporting Lena because they believe in her work. And despite Lena’s multi-million dollar ADVANCE pay day for her book, she’s not paying these same artists for helping her on the aforementioned book tour?! This is the perfect time for a #bitchplease if there ever was one.

The tour’s already sold plenty of tickets, and yet, Lena still didn’t want to pay her artists. You know what finally changed her mind? Getting called out by Gawker. That’s right, Gawker pointed out Lena’s advance pay day and her royalties from the book sales, and they noted [in very obvious terms] that it was extremely unfair that all her supporting acts on the tour weren’t getting paid. It’s not like Lena’s doing this for free, you know?

Of course, Lena Dunham can’t stand to be criticized in public so she decided, out of the kindness and warmth of her heart, to change her mind. It had nothing to do with the backlash or the public pressure, not at all. Lena took to her Twitter to announce that she had changed her mind, writing, “Some good points were raised and I’ve ensured that all opening acts will be compensated for their time, their labor and their talents. The fact that Gawker pointed this out really proves Judd Apatow’s saying that ‘a good note can come from anywhere.’”

Sure, Lena. Let’s pretend as though you are totally righteous in your actions – even though you never would have done this if the backlash hadn’t been so massive. I suppose we should be thankful that she listened to the Internet at all, but I’m sure she realized that most of her fan base would have rioted if she hadn’t.