Anna Wintour Desperate To Get Lena Dunham On Vogue Cover – WHY? 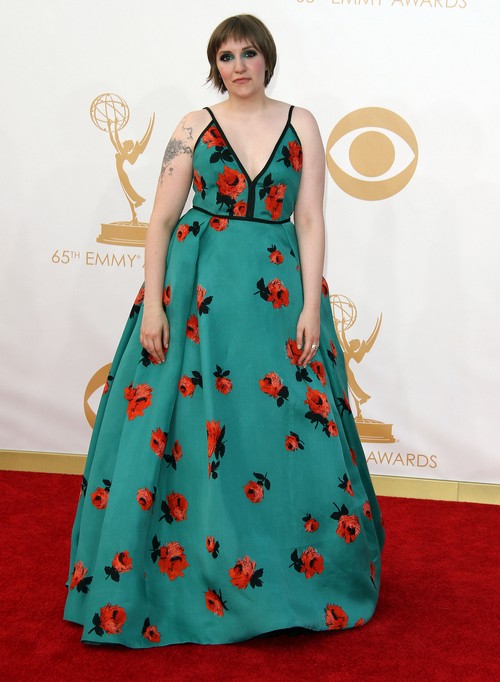 A new report from Radar Online alleges that Anna Wintour is so desperate to get Lena Dunham on the cover of Vogue that she’s violating her own rules about putting ‘curvy’ people in her magazine.

A source tells Radar that Anna has been wooing Lena with fancy gifts and dinners to try to get to agree, explaining, “Anna is trying to seduce Lena into bringing her next-generation audience into the Vogue brand. And she’s willing to violate a lot of Vogue traditions to do it, including putting her on the cover even though she doesn’t really conform to the body type that Vogue has featured for most of its history.”

Obviously, Lena wouldn’t be the first ‘curvy’ woman to be put on the cover of Vogue [the magazine most recently featured Adele on the cover], but it would certainly be the first time Anna went out of her way to such an extent to make it happen. The source adds that a secret dinner that Anna hosted for Lena was just the first step, adding, “This dinner is a first step for Anna to see if Lena will play ball. But Anna’s perspective is that they need each other.”

Ok, while I personally don’t see the hoopla around Girls, I can understand the appeal it has to this generation – and there’s no denying its place in pop culture. Lena has become a household name as both the creator and star of the show, and she’s already won numerous awards putting her among the top creative minds working in the industry today.

With all those accolades, I can believe that Anna would be willing to set aside her own prejudices to put Lena on the cover. But at the same time, I think all she would need to do is ask. I don’t think Lena would take too much convincing – after all, it is Vogue Magazine.