Lena Dunham Thinking About Quitting Acting, But Is She Really? (PHOTO) 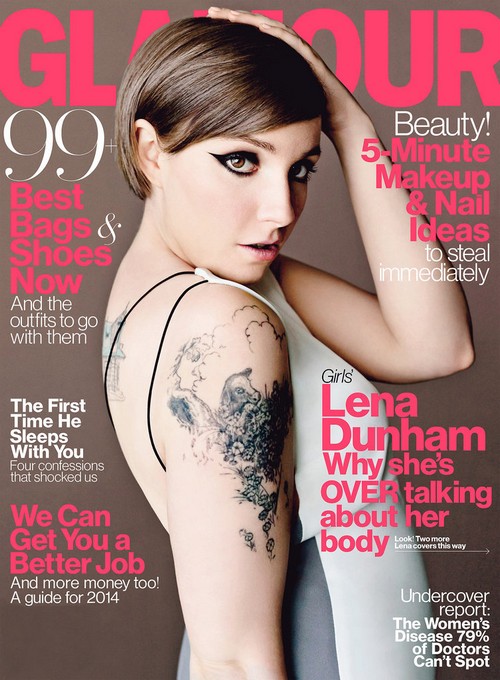 Lena Dunham covers the latest issue of Glamour Magazine and is trying to punk us by pretending that she’s thinking about quitting acting. I don’t think she realizes how good she’s got it, and that it takes most people more than three years to become successful in this industry, and most don’t even find success. Lena got lucky with Tiny Furniture and Judd Apatow, and she’s now starring in her own show that she gets to also write and produce – and she’s telling us that she’s thinking about quitting?!

She explains, “I don’t know if I’m going to want to act anymore. I’m always relieved on the days I don’t have to. I’d rather give parts to other women than be the woman having the parts.”

I get what she’s saying, I do. She feel self-conscious about her acting ability, and she’d also much rather write and produce for other women as opposed to doing it for herself. However, I can’t help but feel like a large part of her reticence to continue acting is due to the criticism she’s constantly facing on the show, both over her image and her public profile. She’s sick of being critiqued in the media for her looks and her body, when she’d rather the focus be on her work. However, I do think a large part of the issue is her availability to the public – if she wasn’t constantly interacting with other people on Twitter [and often joking about very touchy subjects], I feel like her presence in the media and tabloid industry would drastically reduce. And honestly, whether she was acting in the show or not, she’d still have to deal with the same issues.

Either way, Lena thinks she wants to quit acting now, and maybe she even means it. But when she leaves Girls, I think she’s going to realize that she shouldn’t have taken the acting gig for granted.