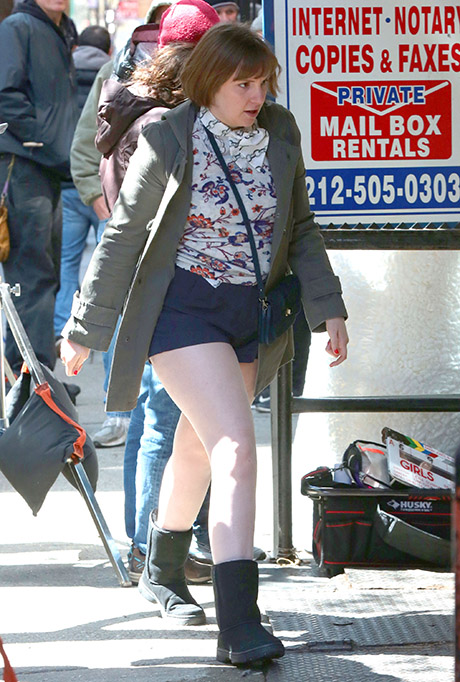 Some Hollywood couples are solid…and some aren’t. Honestly, we all thought that Girls’ producer and star Lena Dunham and her boyfriend of two years, Jack Antonoff, guitarist for the band Fun, were pretty solid. But, apparently, we were wrong. There is a chance she and Antonoff aren’t even together anymore. And, if they are still together, their relationship is in some serious trouble.

According to the May 12th edition of Star magazine, Lena and Jack had a huge blowout fight in the middle of the street last month in front of Bowery Diner in New York City. Star’s source claims that, “Lena was out of control. She was screaming at the top of her lungs, ‘I can’t believe you!’ over and over and had tears in her eyes.” Jack clearly was in the wrong because the source went on to explain how he apologized to Lena. Star’s source added, “He just stood there and apologized. When she was done screaming she took off in a cab and Jack went back inside the bar to pay the bill. It was heartbreaking to watch.”

On May 1st she referenced her “boyfriend” on Twitter, which leads us to believe she and Jack are still very much together and they worked out their differences — or that she’s determined to put up a good front and keep their relationship problems quiet. Dunham tweeted this implying that she and Jack are very much together, “…so when an article claimed Jack & I had broken up after a display of street rage, I was all “what? can’t we try and work it out?”

What do you think? Is Lena trying to cover up her relationship problems? Or was their huge argument in the middle of the street just a big misunderstanding? Let us know in the comments below!