Lindsay Lohan’s OWN Network Reality Show Gets Premiere Date: Should We Expect A Crazy Or Sober LiLo? 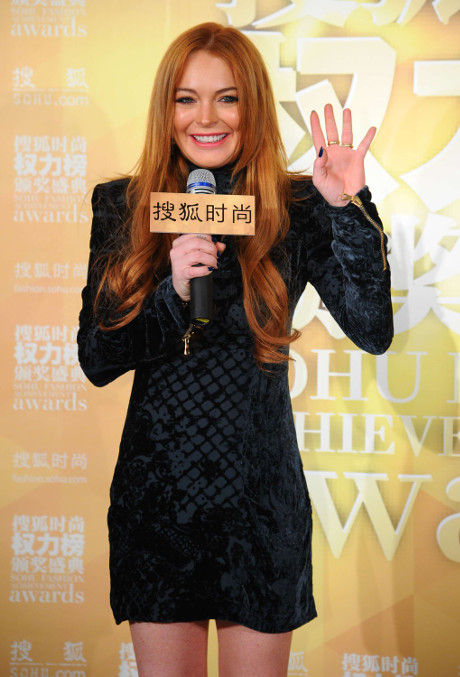 Lindsay Lohan claims to be getting her life together. While we’re still a bit skeptical on the matter, she seems to have convinced one person she’s changing her ways. In August, Lindsay Lohan sat down with talk show queen Oprah Winfrey for an exclusive interview on Oprah’s Next Chapter, a series on Winfrey’s network OWN. In the interview, Lindsay Lohan told Oprah that she was ready to “regain people’s trust” and get back to work on her career. Even though her interview went in most people’s ears and out the others, Oprah was moved by her speech, which landed Lohan a reality series on Oprah’s network titled Lindsay.

According to ET Online, Lindsay is actually going to see the light of day. The series now has an official premiere date. Lohan’s reality series is set to air on Sunday, March 9th at 10:00 PM. The reality series will follow Lindsay’s personal life after rehab. Here’s the official press-release from OWN regarding the show:

Having had her career and personal life sidelined by her public struggles, Lindsay is strikingly candid about her life and is more determined than ever to get back on her feet. In this honest, no-holds-barred account, viewers will see an intimate, unflinching look into the life of one of the world’s most sought-after celebrities. Cameras follow Lindsay as she returns to New York, reunites with friends and family, and attempts to build a new life. As she works to stay on track amid the demands (and pitfalls) of fame, she opens up as never before, discussing everything from her emotional recovery process to her exhausting run-ins with the paparazzi.

Unfortunately, it doesn’t look like Lindsay will feature the wild and crazy antics we’ve come to expect from Lohan. Now that she’s attempting to do something positive with her life, the reality series may turn out to be a snooze-fest. She should’ve cashed in on all the reality-TV offers she received when she was a train-wreck.

Will you be tuning into Lindsay on OWN this coming March? Let us know in the comments below.