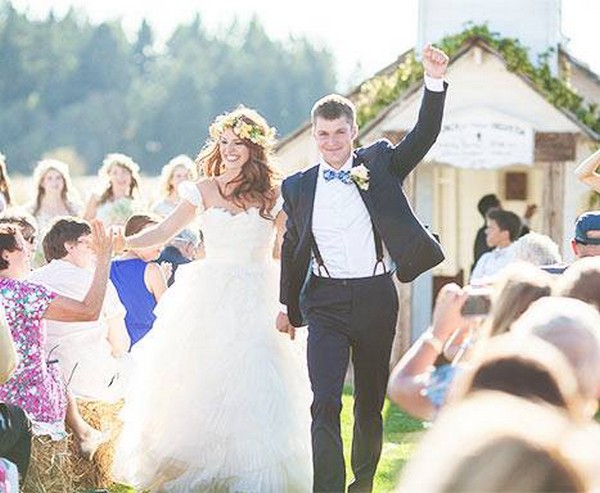 Tonight on TLC Little People, Big World returns with an all new Tuesday September 23, Season 8 episode 4 called, “Another Roloff Pops the Question.” On tonight’s episode with Jeremy’s big day just months away, Operation Wedding Preparation is in full swing on the farm.

On last week’s episode hoping to bring in more business this pumpkin season, Matt and Amy invested in an elaborate float build to feature in their town parade. Later, with only a few months to go until their big day, Jeremy and Audrey found themselves knee deep in wedding prep. More happened! Did you watch last week’s episode? If you missed it we have a full and detailed recap, right here for you.

On tonight’s episode with Jeremy’s big day just months away, Operation Wedding Preparation is in full swing on the farm. Following in his twin’s footsteps, Zach reveals he wants to marry the love of his life, girlfriend Tori, and he is ready to pop the question.

Matt and Amy, while separated, have their priorities in order. They know they have to be a united front for their kids so for the moment they’re putting their entire focus on their son’s Jeremy’s upcoming wedding.

Jeremy is going to be married on the family farm but his parents don’t seem to work together all that well. There’s this tension between them. They each have a vision of how they want the farm to look and they keep arguing over every little decision. From the flowers to landscape arrangement – it’s basically “I want to be heard”, “No I want to be heard”. And continuing in the same manner that very well led to their separation isn’t exactly helping anyone.

Thankfully the kids haven’t seen them bickering but eventually they’re going to start wondering on their own why the farm isn’t prepared yet.

Fortunately, a miracle happened. Matt was involved in a minor accident on the farm and he had to get his hand bandaged up. Afterwards Matt thought the wedding preparations were going to fall through without him. Though Amy fought him on that score. She said the rest of them could easily pick up the slack he left behind and whether or not he was truly scared when she said that – his behavior did at least change for the better.

Rather than make decision solely, he ended up giving Amy the courtesy of having an opinion. And then listening to said opinion. So the two of them did finally work together and things around the farm started to get done.

Although, another surprise came their way. Their other son Zach had approached them one day and told them he was going to ask his girlfriend to marry him. Zach and Jeremy are twins yet they’ve never really had a twin moment. One is a little person and the other is not. So most of their lives they’ve spent being at different stages. But that’s all different now because their eldest sons are settling down at the same time.

The parents like both young women and they couldn’t be happier about extending their family. Zach managed to find a sweet young lady who never once saw his status as a little person as detrimental. So they love Tori. Which is a good thing.

Zach was going to propose to her over dinner and then at the last minute he changed his mind. He realized he wanted the proposal to be special and he felt he could do better and make it more worthwhile by holding off.

So, for a little bit longer, things are still about Audrey and Jeremy. The wedding is coming up fast and there’s a lot of work that needs to be done. Matt’s injury had slowed him down and he might have laughably suggested to push back the wedding by a year. And, obviously, that wasn’t possibly.

Audrey had had her shower already. Plus the wedding was set to take place in the next 40 days. So it couldn’t be delayed!

Then when Zach did propose to Tori he made sure to do it on the farm where they had fallen with each other and naturally she said yes. Which means even if they aren’t fully equipped for Jeremy’s wedding – all the work on the farm will be done by time Zach has his wedding!