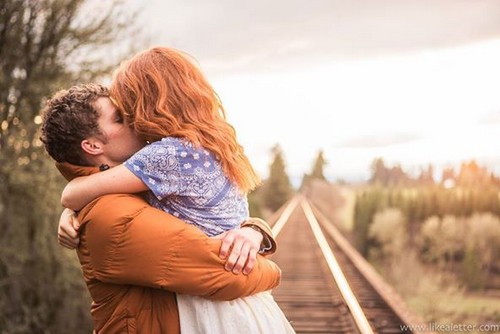 Tonight on TLC Little People, Big World returns with an all new Tuesday September 30, season 8 episode 5 called, “A Roloff Gets Married.” On tonight’s episode Matt’s sudden illness could jeopardize his chances of attending Jeremy and Audrey’s wedding as the big day approaches.

On last week’s episode with Jeremy’s big day just months away, Operation Wedding Preparation was in full swing on the farm. Following in his twin’s footsteps, Zach revealed he wanted to marry the love of his life, girlfriend Tori, and he was ready to pop the question. Did you watch last week’s episode? If you missed it we have a full and detailed recap, right here for you.

On tonight’s episode Jeremy and his bride-to-be, Audrey, feel equally nervous and excited as they complete the final details for their wedding. Meanwhile, Matt falls seriously ill and everyone worries he will not be able to attend his son’s big day.

With one month until the wedding, Audrey brings her family and friends to help her search for a vintage style wedding dress, and Jeremy brings Zach to help him design a suit. Jeremy is excited to hold the wedding at the farm, a fantasy he has had since he was a child. He and Audrey plot out all of the details of the wedding together, which is a bonding experience for them. “It’ll probably be the best day of my life,” Audrey says.

At two weeks away from the wedding, the couple is meeting with professionals to deal with the final touches of the wedding, like table decorations and flower arrangements. It goes off without a hitch, and everyone is happy. The wedding will have “kind of like that soft, romantic, outdoor feel,” Audrey says.

Jeremy and Amy meet up for lunch to have some quality time before the wedding. “The time for him just to be Jeremy is getting shorter and shorter,” Amy says, acknowledging that things in their relationship will change somewhat once Jeremy is married. She gives him advice about the challenges that await them and reminds him that the relationship will take effort to maintain.

Matt has been feeling sick for days, really tired and unable to eat, nauseous. He decides he needs to talk to a doctor. “Jeremy’s wedding is next week, and the last thing I want is for him and the other kids to worry about me,” he says. He doesn’t want Amy to be burdened by it either, but he needs to go to the doctor. “When I first saw him, I knew something wasn’t right,” Any says. She decides that he really needs to go to the hospital, so they go.

With five days until the wedding, the boys still have the party despite Matt being in the hospital because Matt says he wants them to go on with the plans without him. Zach makes sure all of Jeremy’s friends are there to make it special. They all play paintball to start off the bachelor party. Zach reminisces about old times he and his brother have had in this place and gets emotional. “There’s always a few moments that you’ll just remember and stick in your mind, and that’s one of them,” Jeremy says after the party. However, they’re still upset that their dad is sick and can’t be there, and are concerned about the severity of his condition and if he’ll have to miss the wedding.

Matt comes home with Amy’s assistance. “I’m in really bad shape,” Matt says. “It’s only three days before the wedding, and I hope I make it.”

The wedding day has arrived, and everyone is preparing. Luckily, Matt is able to come. “I am frankly feeling a whole lot better,” he says. Matt and Amy kiss each other on the cheek and congratulate each other, enjoying the moment and reminiscing on raising Jeremy. Everyone in the family is proud of each other. “Today is Jeremy’s day,” Matt says. “It’s awesome.”

“I’ve been waiting for this day for five years, since I met Jeremy,” Audrey says. She barely slept the night before. The dress she ends up wearing isn’t from the shopping trip; she ended up getting a vintage dress off the Internet.

“Take notes, ‘cause this is gonna be you in a year,” Jeremy tells Zach. They share a moment knowing it could be a long time until they see eachother again.

Matt and Jeremy discuss how surreal the wedding is. “I definitely feel the gravity of the situation,” Jeremy says.

At the ceremony, the atmosphere is very tense and emotional in a positive way. Jeremy tears up as Audrey comes down the aisle toward him. They read their vows to one another, and everyone watching is touched, including themselves as they both tear up again. After they’re pronounced husband and wife, they kiss, and the church bell rings at the exact same moment. Then, they have wedding photos done and have the reception at the farm. Zach gives a good speech as best man and Matt gives a touching speech and a toast as well, showing everyone his rare emotional side.”My wedding turned out to be everything I wanted it to be,” Audrey says.